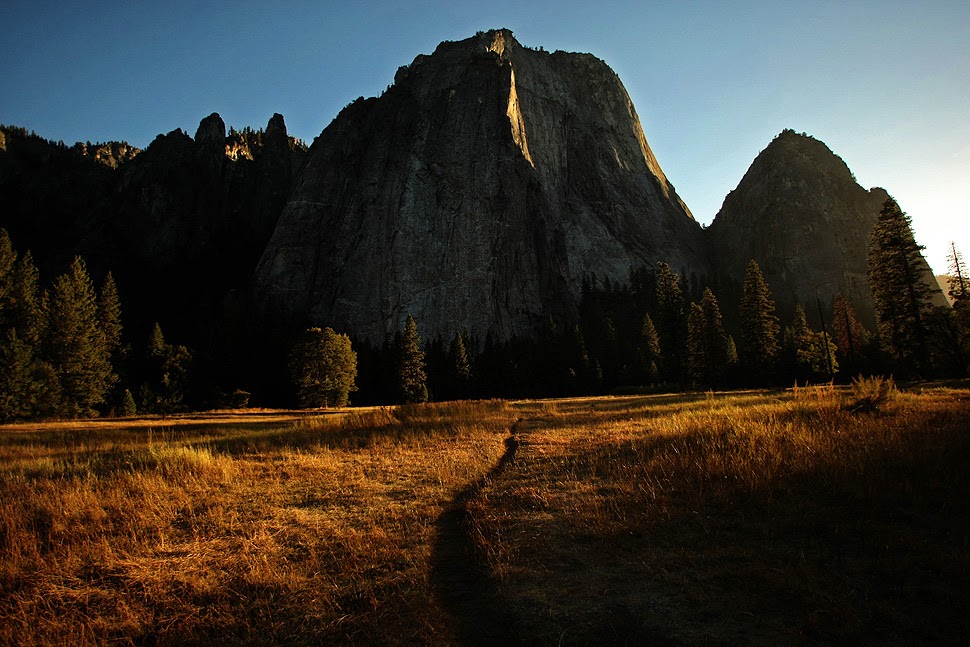 The story below is true.  The names have been changed to protect the guilty.  The photo above was found on the Internet.  "John" and I climbed the buttress directly in line with the shadowed trail, the middle of the wall, its summit blade catching the evening sun.  Middle Cathedral, 2,500 ft. of north facing Sierra granite.