When the couch wins... 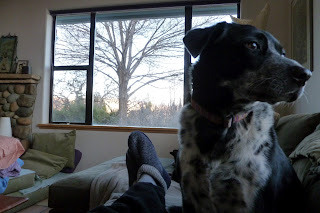 It's been a low, difficult week as I wage battle against the infernal forces of a viral infection.  Chills, aches, sweating at night to a disturbing degree, days of coughing...aaarrrrgh.  I hate to be consigned to the couch.  I'm slowly climbing back, but I'm not there yet.  The light strong feeling of health and easy movement can be so quickly taken for granted.  Those of us without any significant disabilities, especially when we're young, can drift through our days neglectful of the gift that is our physical selves.  Only when disease or accident knocks us down do we fully appreciate what we had.  I see so many in this culture addicted to laziness, using their bodies to the least degree, guzzling gallons of toxic soda every day, sitting in smog-belching vehicles in the drive-thru for McPuke's, Starfunks, the bank, the pharmacy for the drugs to manage their diabetes and high blood pressure that they wouldn't have if they weren't sitting in a line of cars waiting for their drugs!  It's a self-reinforcing death spiral and I'm sickened and saddened by it.   One of the bus drivers I encounter regularly is a sweet, middle-aged woman.  We all like her.  But, alas, she's as big as a house, and climbing the three steps up into the cab leaves her gasping and heaving with the effort--three steps!  There was a time when such large people were rare; today they are common place.  On that one bus ride alone there were three super-obese young people probably less than half the driver's age but fully her equal in bulk.  They are virtually certain to live shorter lives plagued by chronic diseases.  Isn't life hard enough?

This is a recent condition for society.  In the last twenty years, the American population has literally ballooned.  If we combine the overweight with the obese, we're looking at close to three quarters of the population.  Disease has been quick to follow.  I remember the early 90's film What's Eating Gilbert Grape in which the protagonist leads a limited life of shame and embarrassment because he has to care for his huger-than-life mother.  The climactic scene shows the mother staggering--outside!--with a cane, her dress billowing like a circus tent.  The turn of the plot is such that we are supposed to empathize with her and Gilbert, see the sweet mother for something more than a freak.  Most viewers do, I suspect, but there's no doubting the effect of seeing such a large person.  I mean, holy cow, look at the size of that lady!  So here's the rub:  She is not uncommon anymore.  On the bus, at the mall, everywhere I see Gilbert's mom and countless others in training for the role.  Politically correct pundits talk about "size acceptance."  Certainly we should not publicly humiliate the overweight amongst us.  We are the overweight.  But how "accepting" should we be be of this deadly trend?  We eat crappy food and sit too much, and that's all there is to it.  When I was a boy, huge numbers of kids walked and rode bikes to school.  Today, gaming-addicted kids and fearful parents have made the bike racks forlorn and dusty affairs.

The most important gospel we can spread today is that of health, of joyful movement, of ditching the screen for the ultimate hi-def super display: the great outdoors.  So while I stare at this screen, while I sink into the couch, I'm plotting my escape, dreaming of the hills, of wind, of a bicycle humming beneath my straining bones, the trail unfurling through sagebrush and grey pine.  Snow lingers on the heights.  It's time to go....

A few photos from the last hike I did before this Ebola/Hunta/Andromeda Strain kicked my ass: 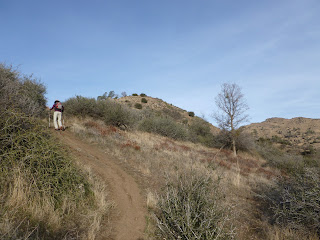 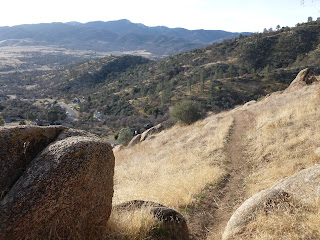 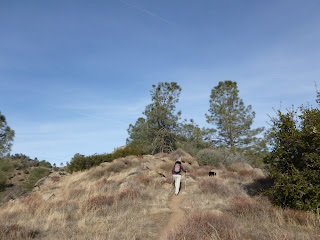 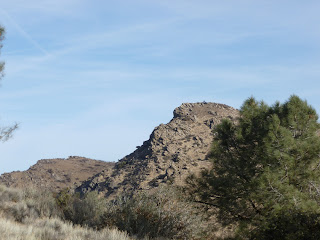