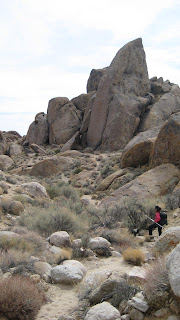 With forecast of a huge storm coming in, Jodi, Django and I headed for the hills--our beloved Alabama Hills bristling with rocks beneath the ramparts of Mt. Whitney and other massive Sierra peaks.  The high country, covered in snow, was set to receive a major load while we played in the desert.  For so much of the year, this area is blazing hot, easily over 100 deg. F. during the day, so we like to get out as often as possible during the cooler months.  In the very heart of winter, it's often too cold for comfortable climbing, especially since many of the best routes face due north.  It's only a day trip for us most weeks as work keeps us busy.  Rocks, sage, sun and sky, the sublime concentration of moving from one tiny edge of rock to another, each outing is to be cherished.  Our days are numbered, and we are grateful to count these in the total. 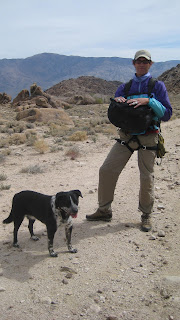 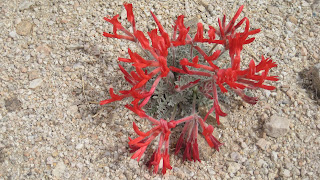 Posted by Scott Wayland at 8:57 AM