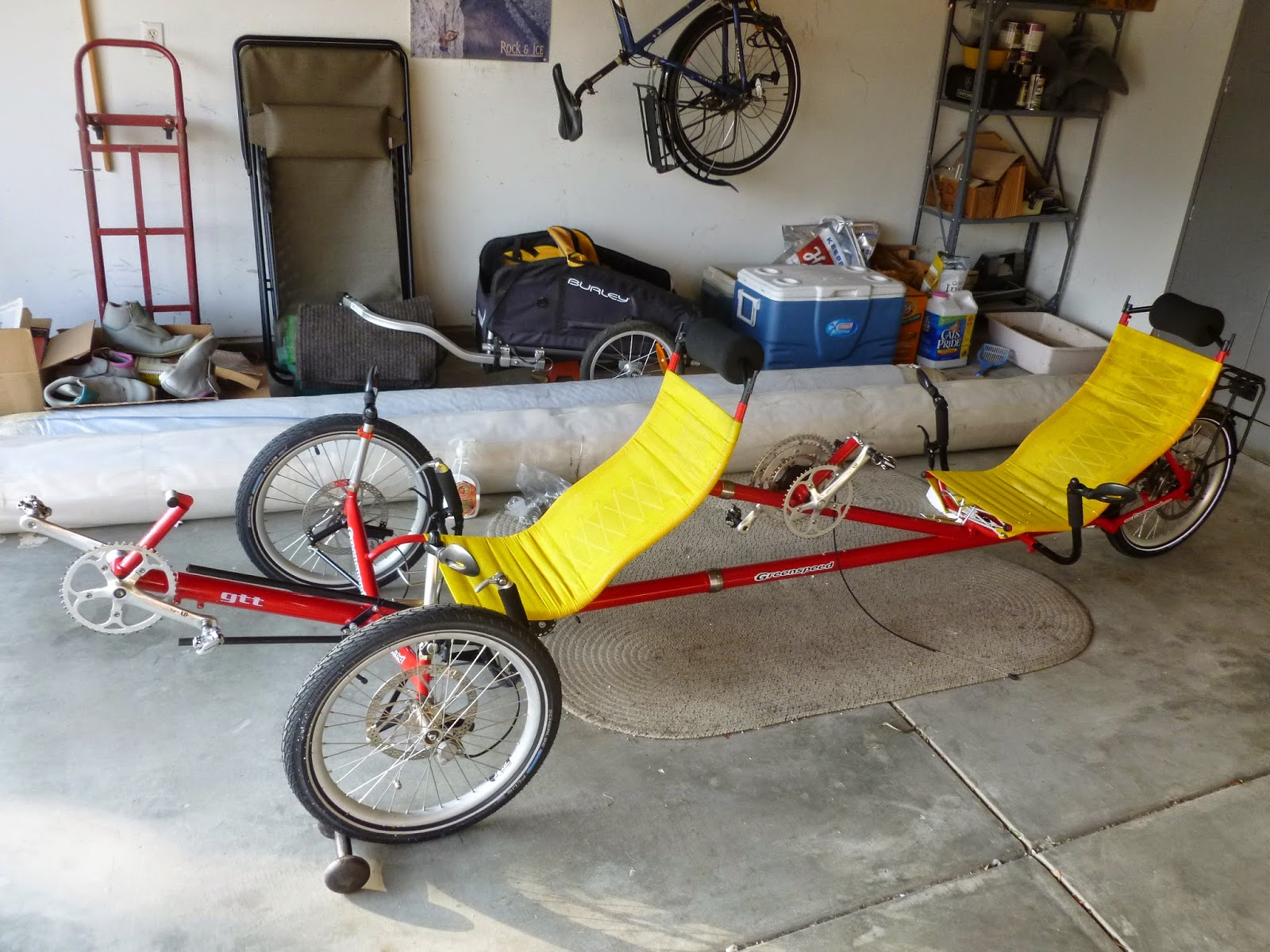 A few weeks ago, a couple of gigantic boxes arrived at our house.  Contained therein were the two halves of the magnificent beast featured above, the famed and rare Greenspeed tandem trike.  Several years ago, we sold one much like this--obviously a mistake given this purchase from a fellow in Florida.  I noticed this GTT advertised on Bentrideronline and saw it was set up almost exactly as our previous tandem, most notably having a rear disc brake for controlling our huge touring loads, which include about 55 lbs. of Django + trailer, and a Schlumpf Mtn. Drive for super low gearing, a unit that now runs about $800.

What needs to happen now is a series of tweaks: shorter cranks, a boom extension for the extra tall captain, some bar ends for resting hands and mirrors to see beyond panniers, and cable disc brakes.  The Magura Big hydraulic brakes are difficult to service and harder to adjust.  If something goes wrong in the middle of Death Valley, for example, we are S.O.L.  Boom extending and converting to cable disc brakes require some custom machining work, something I have zero skill, experience or tools to accomplish.  Enter a friend and super-talented pilot and machinist, Mike Melvill, the man who flew the first two private industry space flights to win the X-Prize, which just had it's tenth anniversary.  Mike is also a cyclist of considerable strength, so this project was right in his wheelhouse.

Some pics of machining the boom extension: 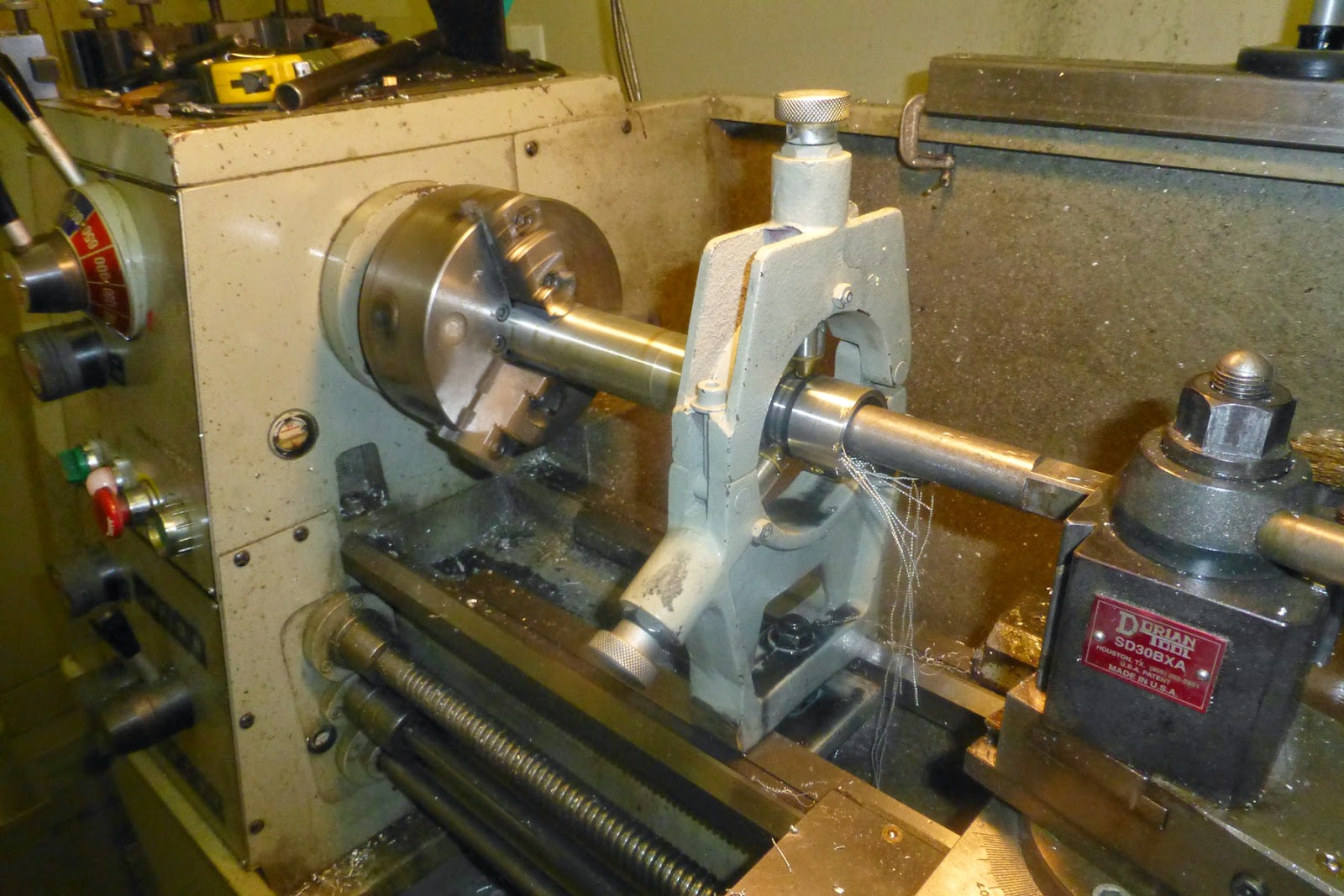 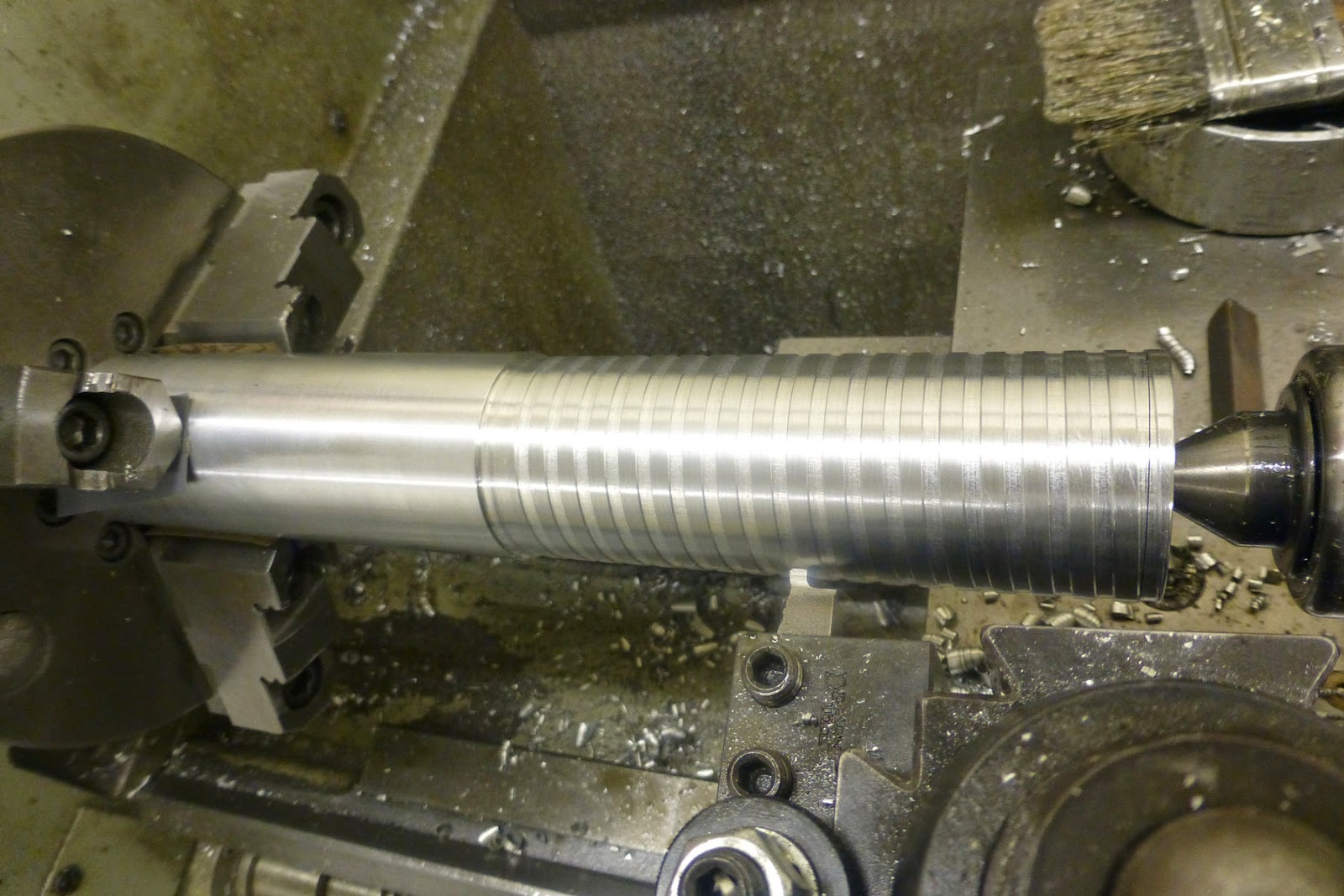 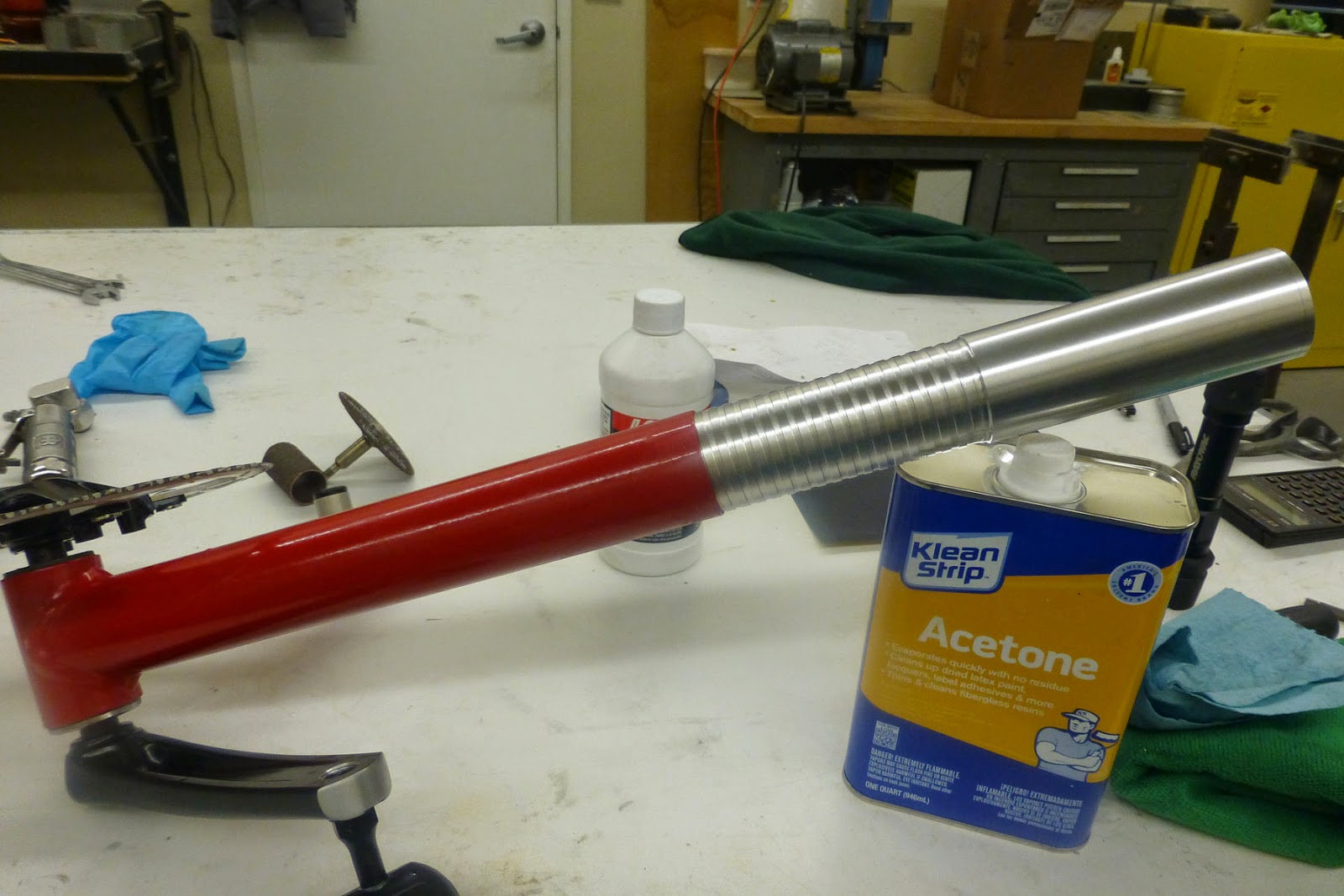 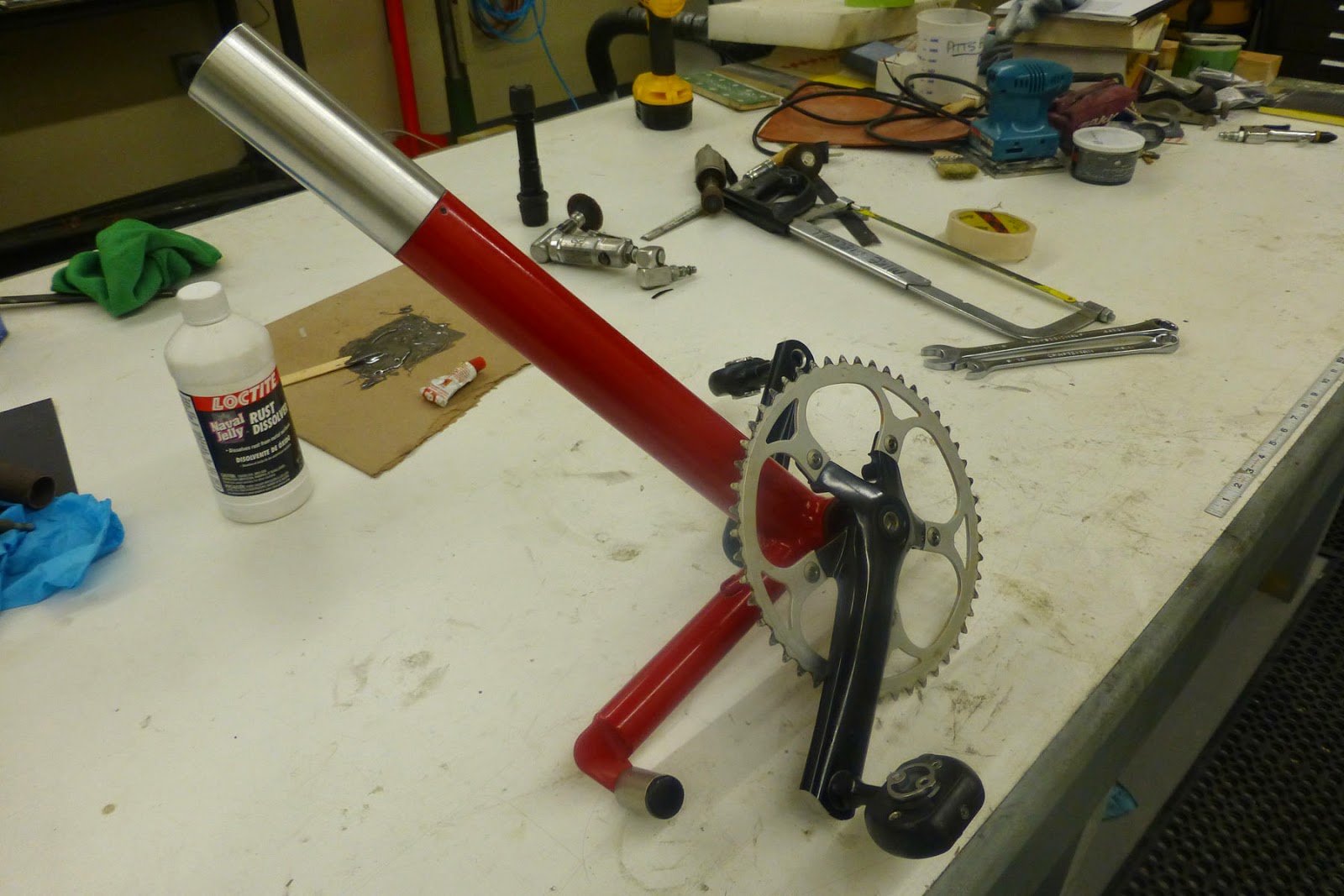 Below are some pics of the progress on the other changes.  One of my big concerns was getting the Avid BB7 brakes to fit since it turns out the company has changed the mounting brackets and gone to 200mm instead of the 203mm big rotors that have been the standard.  To my delight and surprise, the existing brackets on brakes that came setup for 160mm rotors fit perfectly!  I guess the Greenspeed boys didn't want to deal with extra mounting complications, although I'm probably just lucky.  The tough part now--and I'll update this post when it's done--is constructing the mounting bracket for the front left side brake.  This is where Mike will save my bacon because Avid does not make mirror image units. The left side must be mounted on top of the king pin.  The pic below of the front unit is of the right side.  The rear brake was not an issue.  Once I got the Avids installed and with some minor adjustments--bingo!  No rubbing of rotors as was the case for the Maguras, and now only a simple spin of the dial can adjust the brakes.  Pads pop in and out easily--no annoying cotter pin like the Maguras.  Happy trikers be we! 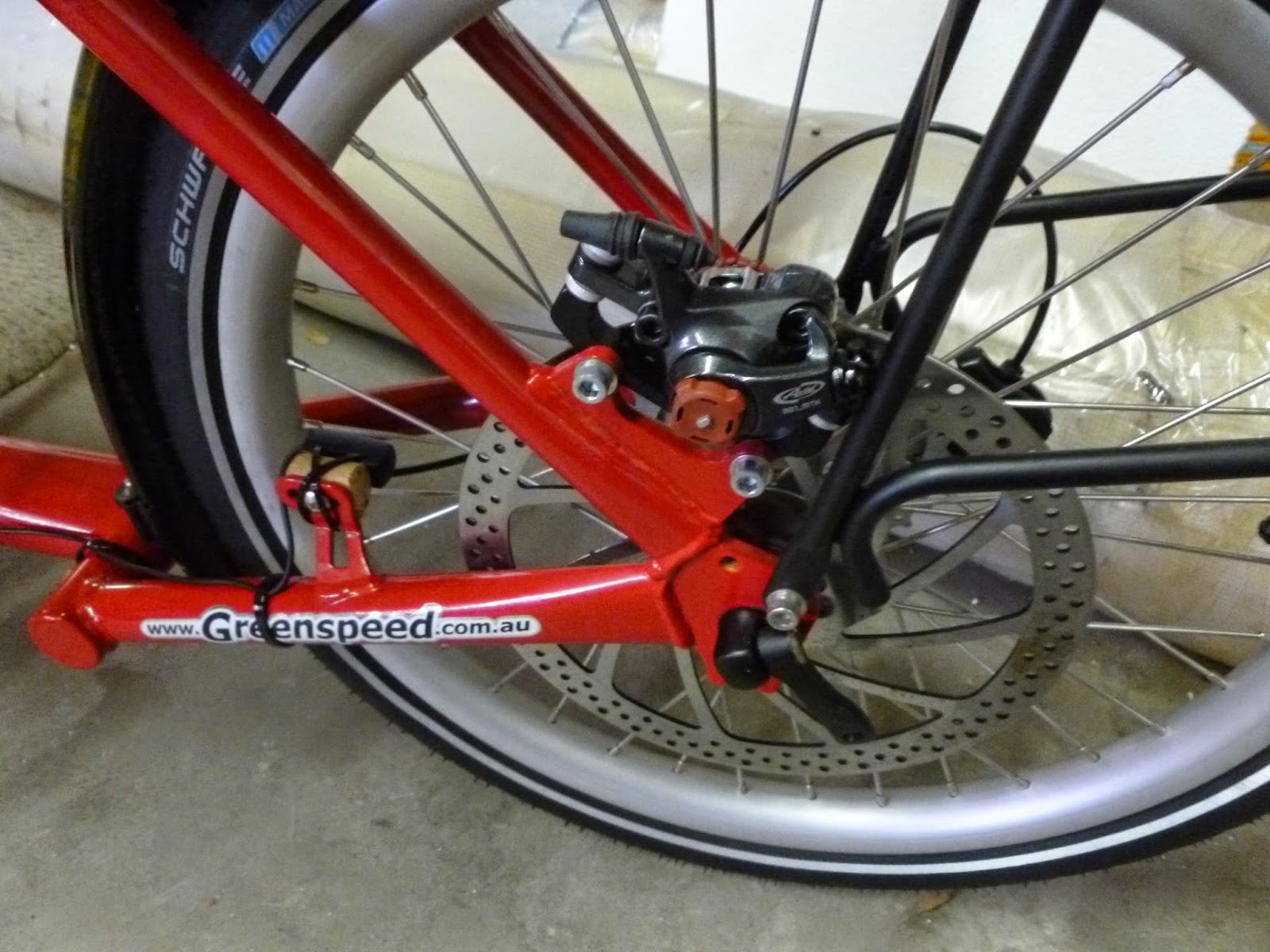 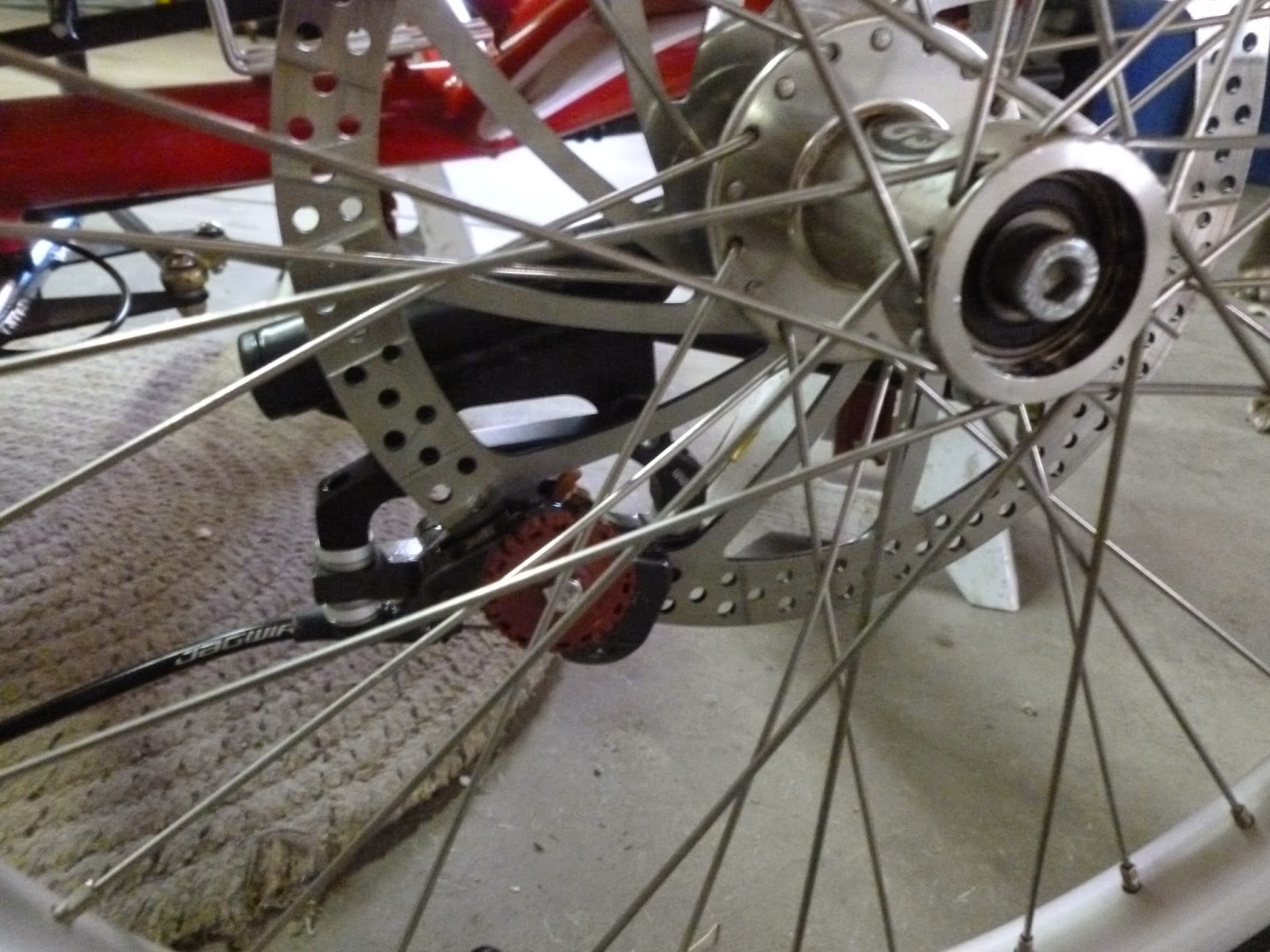 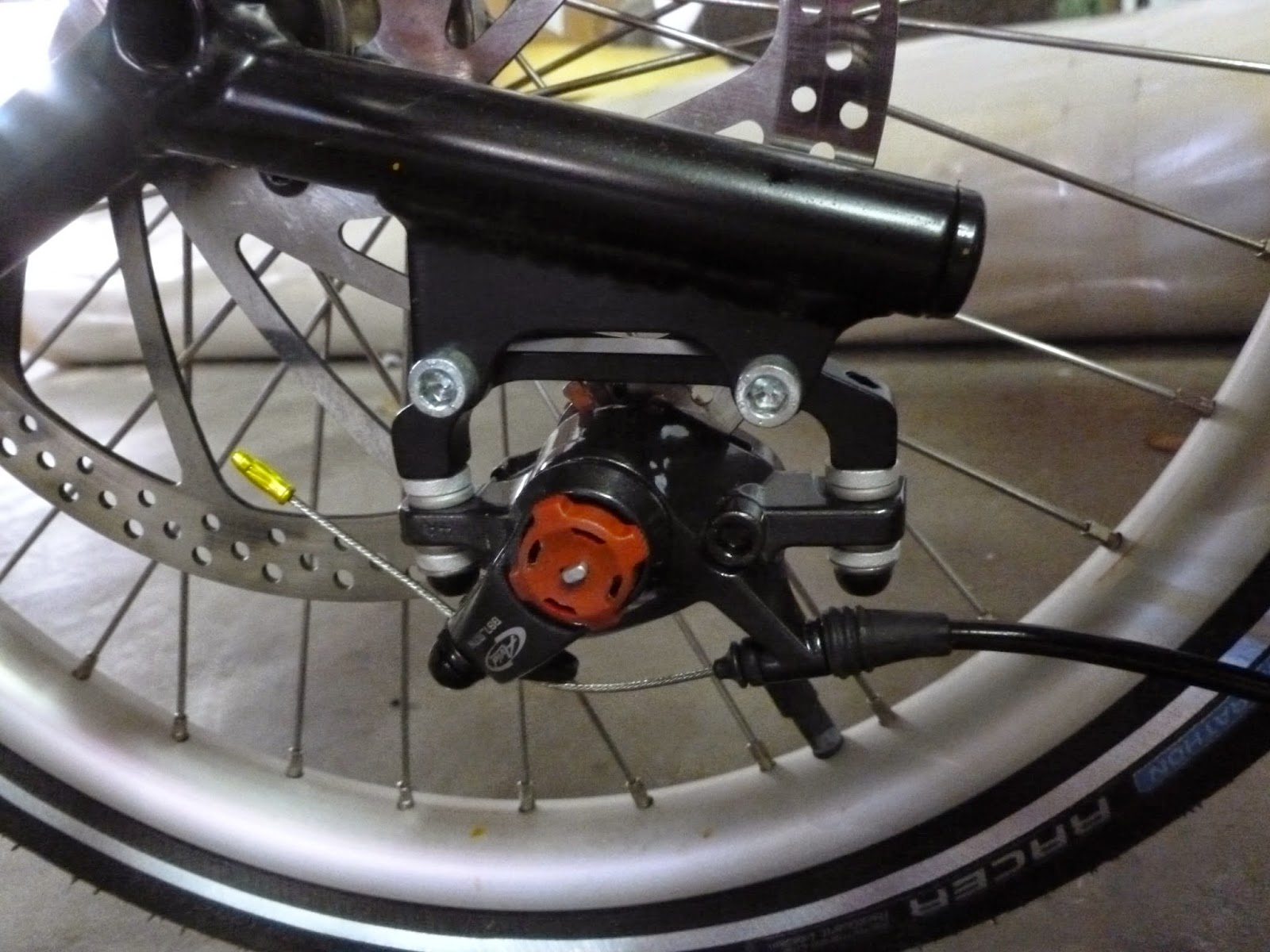 Below are the new short cranks expertly done by Mark Stonich: 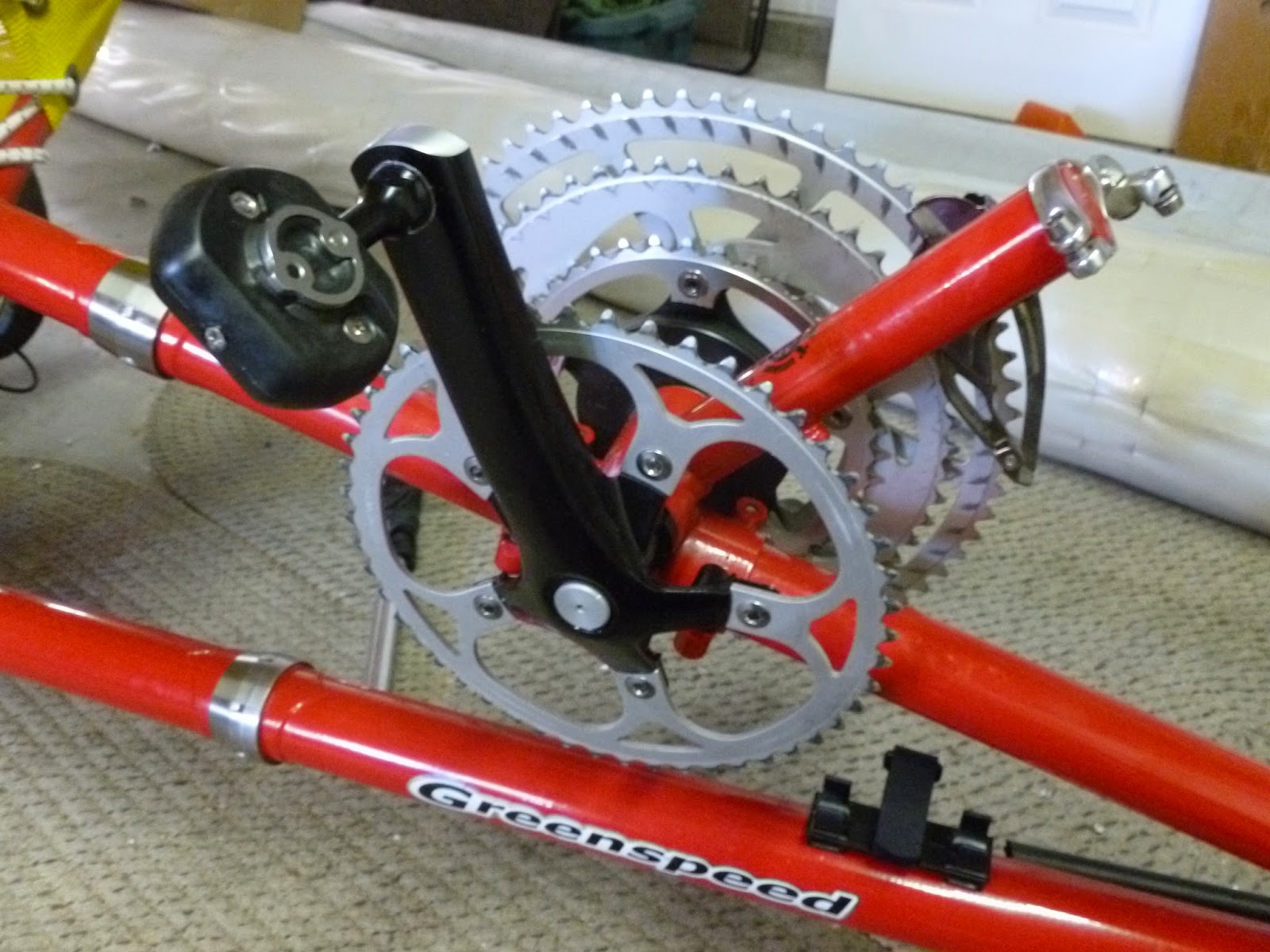 So stay tuned for some updates on our progress.  The bracket for the front brake should be a wonder of craftsmanship, and I've got a cool mod for the rear brake in the works, too.

Get out and ride, folks.  Life be short.
Posted by Scott Wayland at 8:13 AM