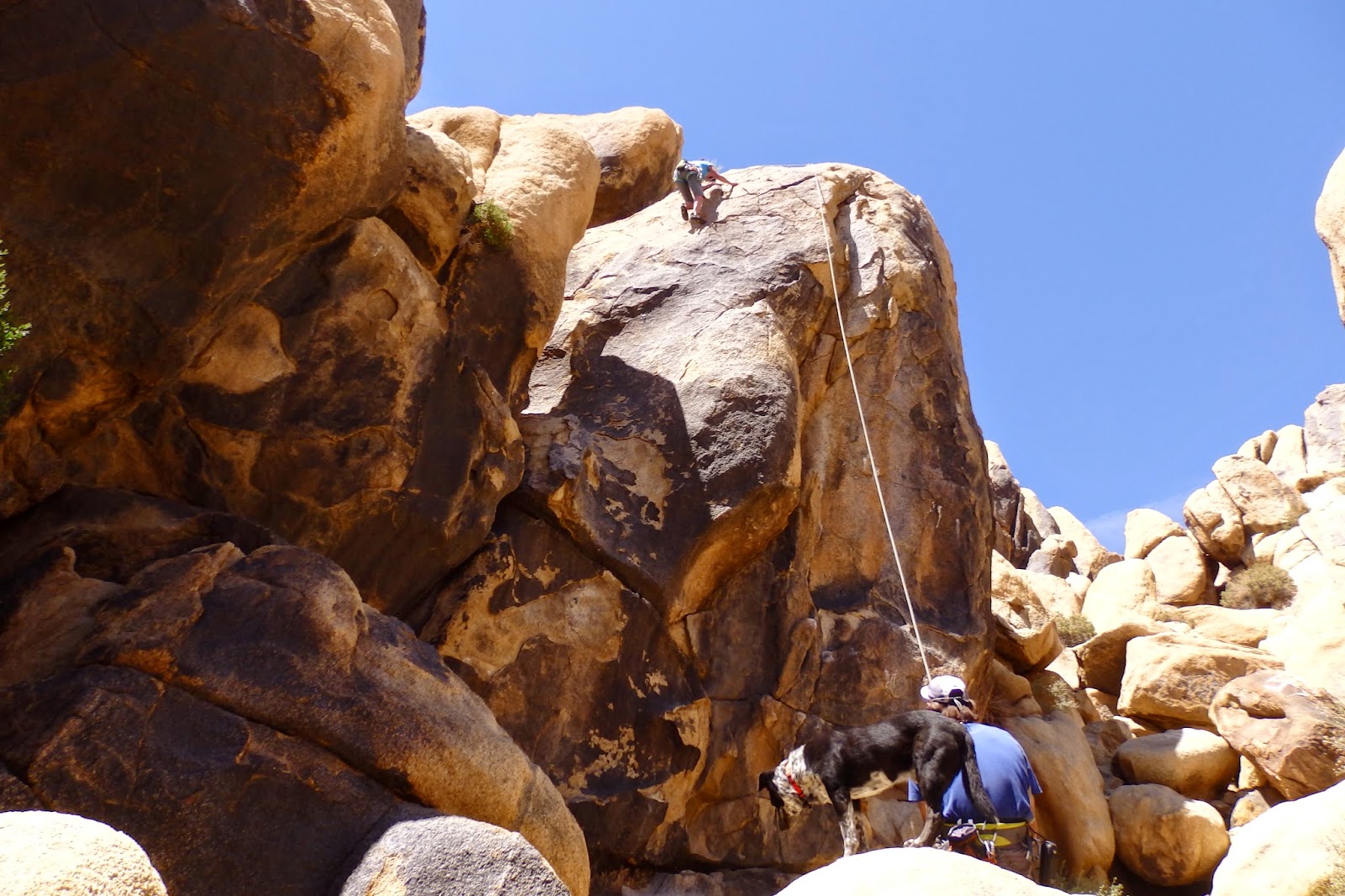 Featured above is a typical scene in the high desert on our rock climbing outings.  I'm holding the rope as Jodi climbs.  Django keeps an eye and nose on the proceedings.  This last weekend had a little more adventure spice than usual.  We don't have pictures of the event, but I set out on a new climb in an area called The Cemetery, specifically we climbed on the Tombstone.  Foreshadowing, I know, but there it is.  I climbed confidently about thirty feet or so above Jodi and set out left on vertical terrain, the rock a bit grainy but seemingly solid.  Just shy of the anchors at the top, I glanced back at the last bolt, at least ten feet to the right and below me.  I thought, hmmm...would be scary to fall at this point and swing down and across the face!  But that wasn't going to happen.  I had good holds, I was calm and collected, and there, just above, was a beautiful knob.  I made the reach, slipping my fingers over the top--fantastic.  It had a lip as if designed by the gods for climbing.  With a quick heave, I'd be even with the anchors and ready to clip for a quick lower back to the ground.

I pressed down firmly on the heavenly knob, shifted most of my weight to that left hand, hand hoisted with confidence.  SNAP!  I hurtled through the air, arcing like the meaty pendulum I was and slammed firmly onto the end of the rope.  My velocity added to my 185 lbs. of carcass transferred through the 9.5 mm rope and the highest bolt down into Jodi's quick grip.  She locked off the cord and rocketed into space, the laws of physics brooking no slackers.  I let out a startled grunt and came to a stop, a little below Jodi but still about ten feet off the ground, the two of us thudding together.  Karen, Jodi's sister and the photographer for the day, said, "Oh my god, are you alright?"

"Should I lower us?" Jodi asked.

My left ankle was very lightly sprained, probably from hitting the wall on the way down.  Jodi had a mild abrasion on her right forearm.  Other than that, we had no problems from the twenty foot whipper.  I glanced over at my windbreaker on the ground and found the offending hold: 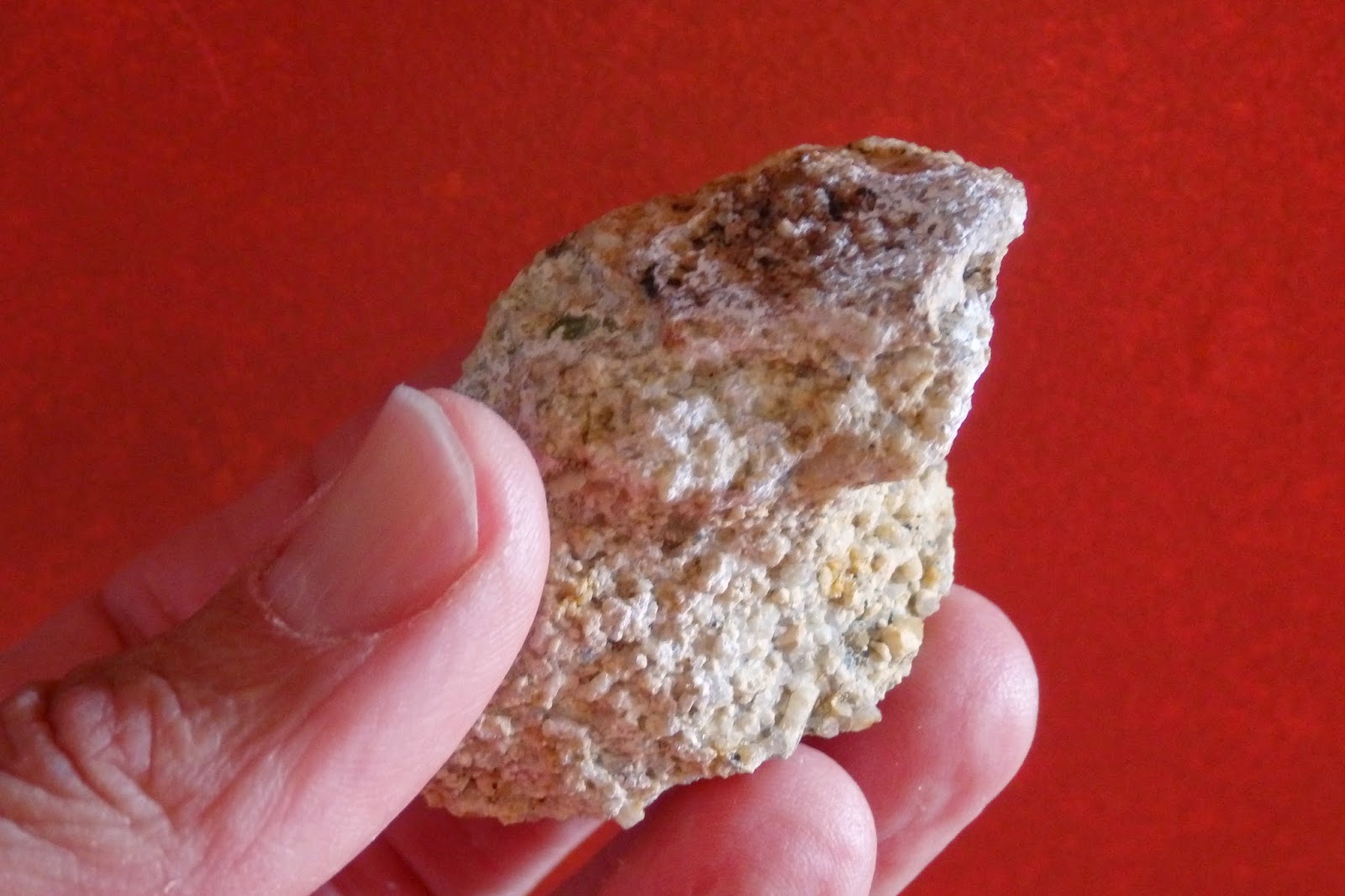 I gathered it up as a souvenir and jumped back on the rock.  While a little shaken, of course, I was gratified to not be too bothered by the fall.  No harm no foul, as they say.  I quickly regained my high point and found that with a long reach, I could clip the anchors before making the final moves--the benefit of being 6'4" tall.  Still, the moves were not difficult.  This time, the rock stayed where it belonged, and in short order I was back on the ground in an orderly fashion.  This, folks, is why we climb with ropes and trusty belayers. 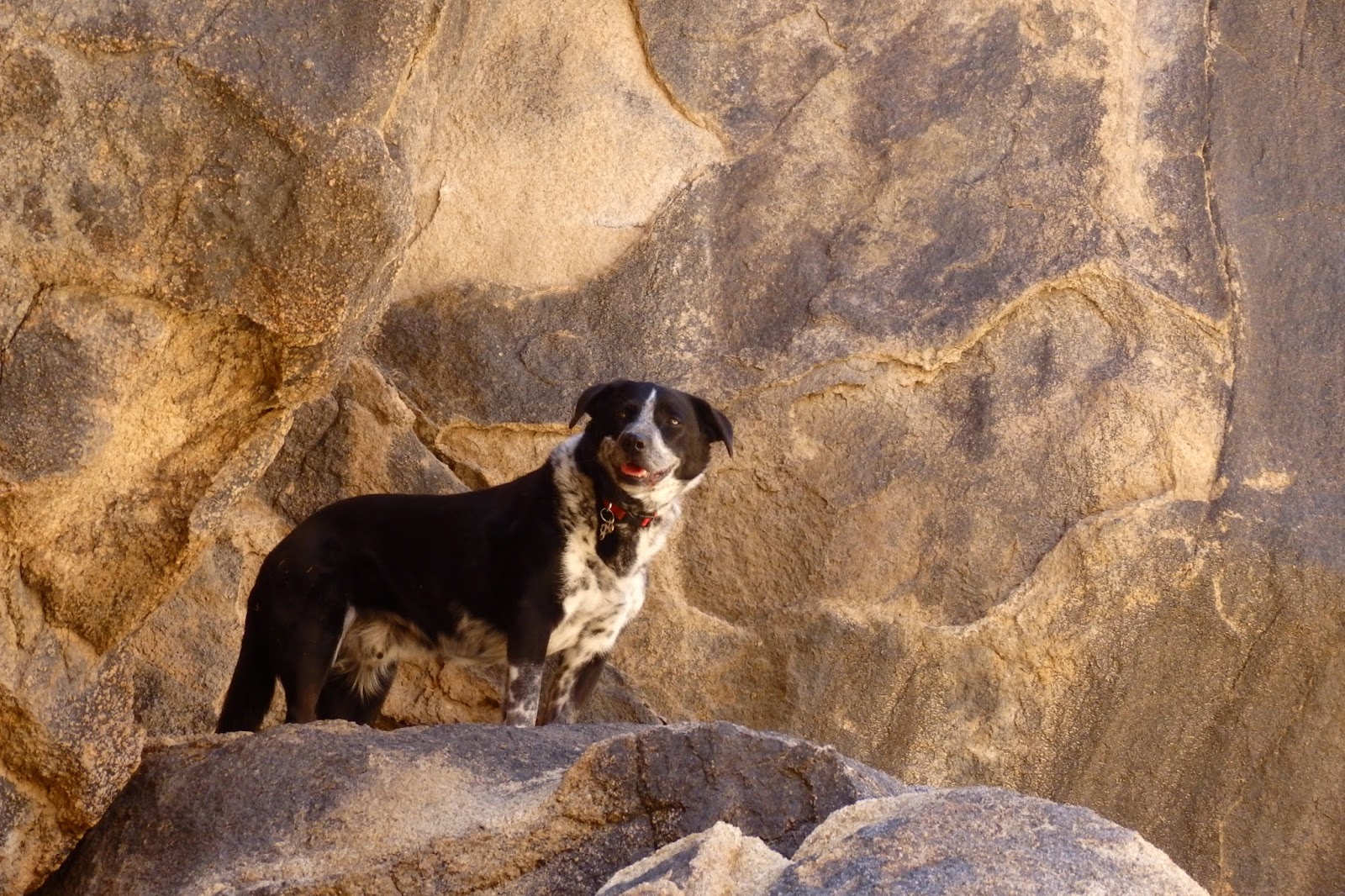 The rest of the day passed uneventfully, except for the great lead Jodi did--well done, girl!

Get out there and risk it--but do so intelligently, okay?

Posted by Scott Wayland at 5:31 PM