Selecting Gear for the Tour 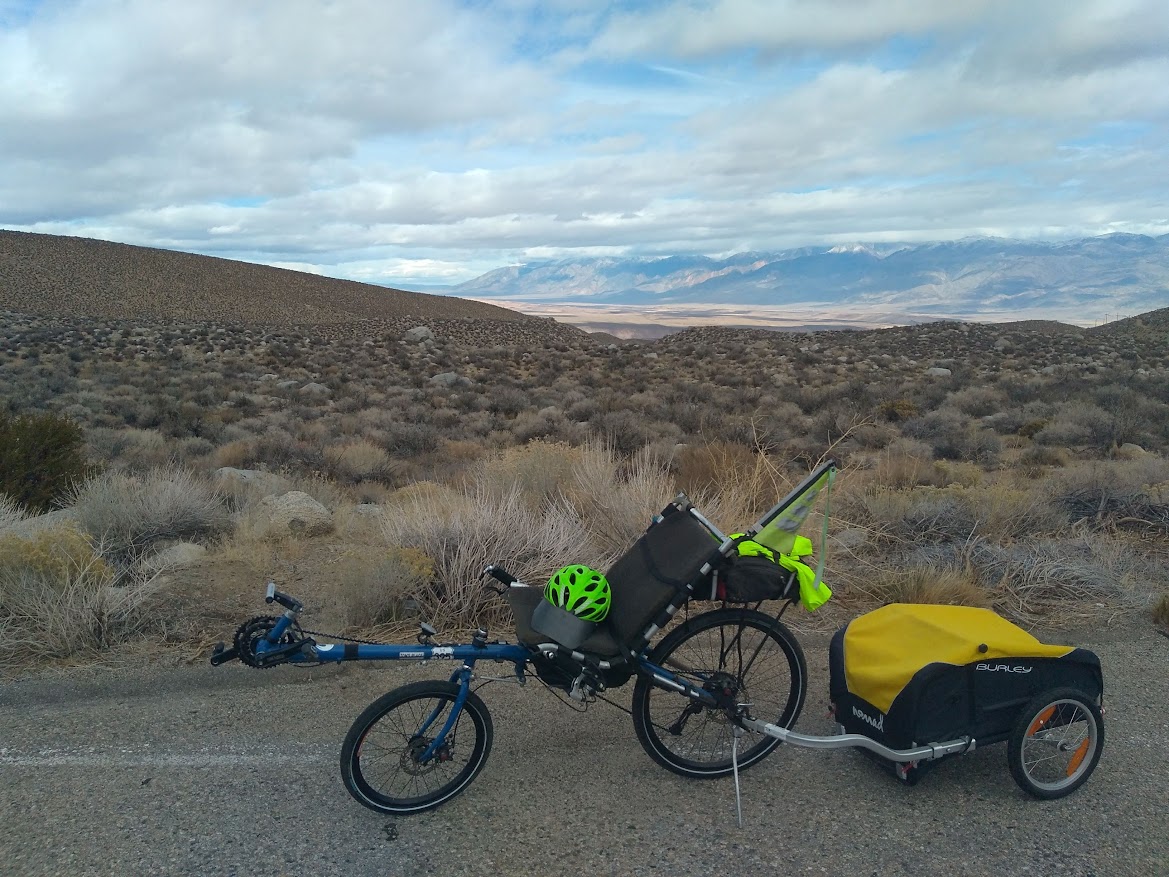 I have been doing a fair amount of training with the Haluzak and Burley trailer.  This is a very effective combo and has worked well in the past.  There is now doubt, however, that the trailer adds weight and complexity, opportunities for extra flats, more rolling resistance on the ground, etc.  Its chief advantage is amazing convenience and capacity.  It's SO handy to flip open the trailer and have access to what you need or quickly throw a jacket in there.  But the setup adds at least 10 lbs. to ones overall load.  So I switched to a different setup for a few rides: 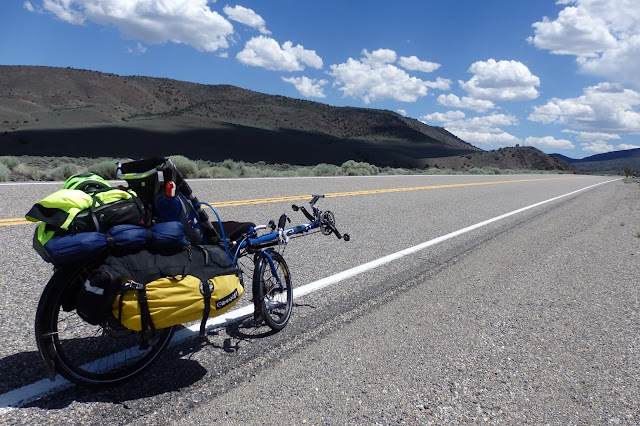 I've also enjoyed this configuration and used it to great effect on my cross country tour in 2007.  The panniers are very light, but one does have to jam everything into big, amorphous sacks.  Consistent locations and good stuff sacks are critical.  This system saves a lot of weight but comes at a cost of convenience, and the bike itself becomes a bit unwieldy.  There is, however, something pleasant about riding a fully loaded bike--solid.  The weight takes a lot of the roughness out of the road, too.

The nature of this particular tour--Bishop to Prescott via Death Valley--means lots of very serious climbing, grades that go on for miles and miles and miles, literally hours of climbing on a heavily loaded bike with speeds in the low single digits.  During my training runs, I've been dealing with the touring cyclist's old friend: the slow speed wobble.  Ascending at 3--5 mph means constant course correction to stay upright.  After a while, you get into a groove, but there is still a constant level of input needed, and it gets a bit tiring.  Of course, I've dealt with this before, but as I contemplated crossing the southern Inyos, the Panamints, Death Valley Junction, and the monster grades in the East Mojave Preserve, I was feeling less enthusiastic about fighting the wobble.  Enter this rig: 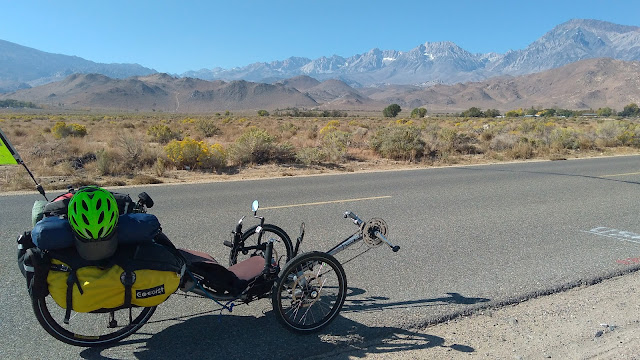 The Catrike Expedition.  The weight of the trike is less than the combined weight of the bike and trailer but gives unparalleled stability.  And it has a monster low gear for hill climbing, something I'll appreciate on the 14%+ grades of Towne Pass, which will no doubt be the crux of the ride.  On a recent run up my training route to the west, which gains a solid 2,200 ft., I was not much slower than the bike without the trailer, but it was much more relaxed.  Just sit back and sweat.  I've decided that this will be my setup.  I'd converted it to a dirt trike, so it took some doing to swap tires, wheels, shorten chain, etc., but she's back in road touring fit.  So a triker I will be.

I've been collecting gear, sorting, compiling lists, planning contingencies, and I'll post a little about some of this soon.  One possible problem is snow in Prescott.  Since I have to cross a 6,000 ft. + pass to get into town, it's quite possible a winter storm could make riding into town on the last day not so advisable.  Fortunately, just a few miles down the road from Congress, my last town before Prescott, is Wickenburg, where I can rent a UHaul.  I think if snow shuts me down, I will take a day and ride the big grade to Yarnell just for the workout and the views, but at least I've got a handy way to get home.

This winter is shaping up to be an actual winter, and I'll be locked down for about the next five days as a big storm works through.  The mountains will be getting plastered, and steady rain is forecast for the desert--a real treat.  But it looks like I can't leave until Friday when Thursday had been my goal.  Oh, well.  I've got to recover from a little cold that's been going around.  Gear posts coming soon!
Posted by Scott Wayland at 8:11 AM