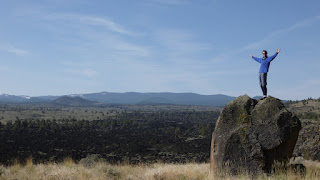 After months of planning, training, plotting and scheming, the Vision Quest 2012 Tour is in the can.  It was a great adventure with a solid mix of challenge and reward.  We raised a few bucks for the Wounded Warrior Project (still not too late to donate--hint, hint) and pedaled, cranked, sweated and grinned through 508 miles of some of the most beautiful country in the world.  This was a fine tour with virtually all the roads being very well suited to this kind of event.  We froze, we fried, we flew free and wild down long mountain grades.  It was a grand exploit that I recommend to everyone with the legs and heart for the task.

Over the next few days, my goal is to put up a series of posts detailing this trip, a day-by-day narrative with pictures.  I'll provide logistical information, distances, and elevation gain for those wishing to duplicate the route. Get out there and ride it!

As I indicated in a previous post, the route is a lumpy loop that begins and ends in Susanville, California, and the entire ride is at or above 4,000 ft.  In mid-summer, much of this route can be brutally hot, so, like so much in the northern hemisphere, this is a tour best taken in spring or fall; the late season is probably best.  The semester at the college where I teach and my fellow riders attend lets out in mid-May, so spring it was.  By researching weather trends and histories, I was able to discover that for May in this neck of the universe average lows are in the upper 30's F., and average highs are in the upper 60's F.  Perfect!  Of course, this is spring in the mountains, so extremes and variability are the only constants.  We had some highs in the 80's--tough in the direct sun with no wind--and low's in the 20's, but most of the tour fell within the predicted range.  Sweet.  We had rain on a few days but nothing sustained or extreme.  By far the toughest element was the wind, and much more on that later.  The emotional scars are only now just healing.  Ugh!

Me: Lead lunatic, guide and glutton for punishment: 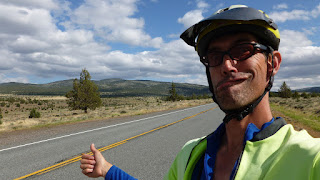 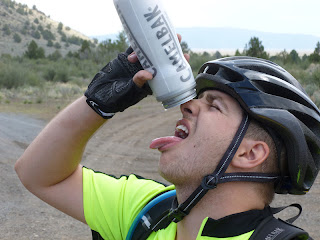 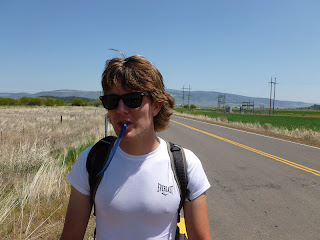 Together, the Three Amigos tackled the big wide open and lived to tell the tale.  This is that story.