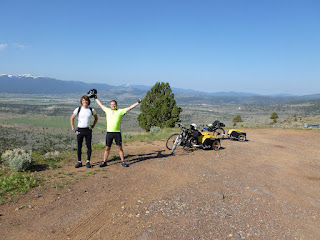 The first day began early as I have early-riser-itis.  Also, more importantly, we were looking at one of the toughest days of the tour--at least fifty miles with a couple of major passes.  We rolled over to Starbucks for coffee and our home-brewed breakfast on the patio.  The evil black liquid for me and Kevin; mint tea for Richard.  Kevin and I will push frequently during the trip to bring Richard over to The Dark Side--but with little success.  Our career path as drug dealers goes down in flames.  We are rolling through town, the tour underway at last, by 7:15AM--yo!  Richard high-5's a couple of guys standing by the side of the road as we ride by.  An auspicious beginning, if you ask me.

The day jumps right into a major climb just out of town--Antelope Summit, named for the beasts we will see later in the day.  At one point, I drift off the pavement and into soft volcanic shoulder dust and come to a stop.  Kevin, following too close, breaks, pivots to miss me, his seat spins too, and WHAM! down he goes.  The first casualty of the tour: 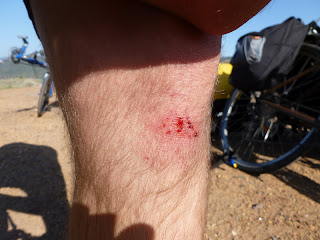 His elbow takes some grief, too, but they're merely flesh wounds.  We ride for the Wounded Warriors after all.  Gotta leave a little precious bodily fluid on the pavement for the touring gods.  We adjust Kevin's seat and enjoy the view.  At this point we also call other angels of the tour--Barbara and Craig at the Eagle's Nest RV Campground outside Lava Beds National Monument.  Craig had offered to pick us up supplies as there was no store in the area, and our camp there would be a couple days off from the nearest supply point--Adin.  With great good cheer and enthusiasm, he offered to get whatever we wanted.  I call and talk to Barbara, his wife, and give her a list of things for the night we would spend there and the next in the monument--fantastic people!

The rest of the day is spent in long climbs, crossing valleys, and struggling into a fierce headwind and gathering storm on the last ascent before camp. Our stop for the night, mercifully, comes on a descent.  There's something deeply annoying about having to climb up to camp.  We have a few miles of drop to Willow Creek and a closed campground--perfect.  No neighbors.  We slip under the gate and pitch camp.  Restrooms are open, and I, expecting certain trials, have packed a water filter, so the nearby creek will be our water source. We have all we need for our first night on the road.  Behold the wonders of Lassen County: 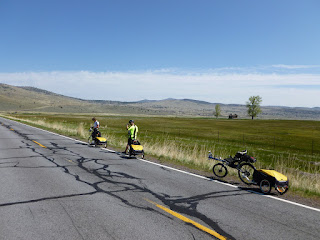 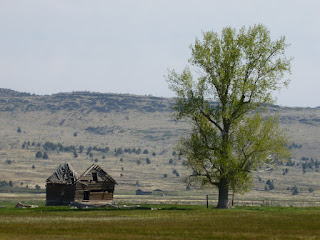 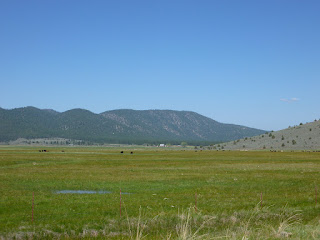 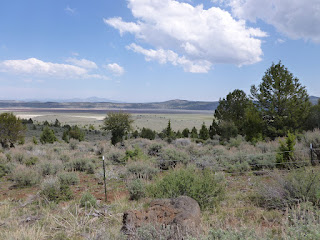 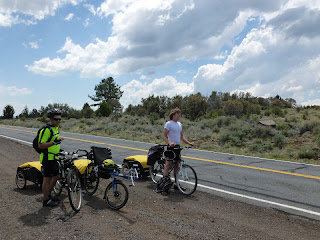 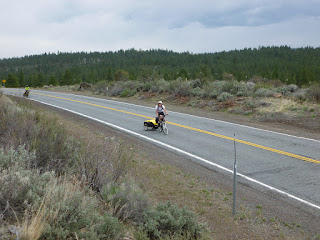 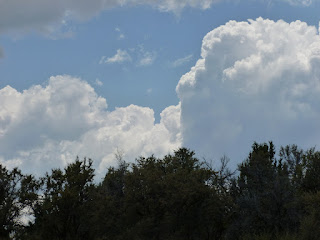 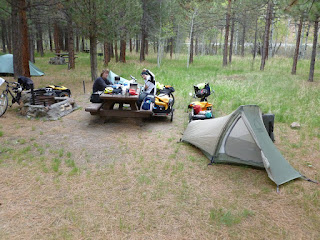 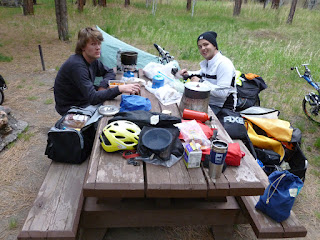 Posted by Scott Wayland at 8:39 AM