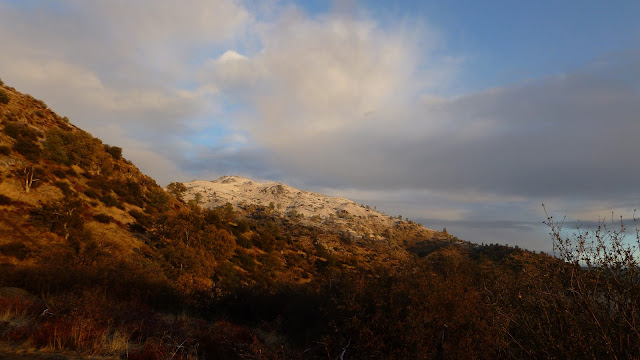 Winter, now almost officially here, is one of our favorite seasons in this remote region.  We've had at least one minor dusting of snow earlier in the year, but this is the first substantial coverage, although nothing compared to the truly High Sierras.  Within a few days, most of it will be gone--toy snow.  Unlike so many, too many of our box-bound neighbors, Jodi, Django, and I can't help but get ourselves out into the crisp air and sometimes tempestuous elements.  We recently loaded up the packs and struck out for the summit of Black (now white--see above) Mtn.  We summited a couple of days ago before this current storm rolled in to do work its magic. 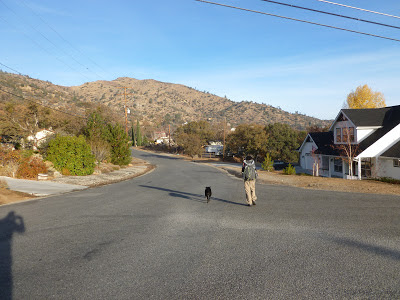 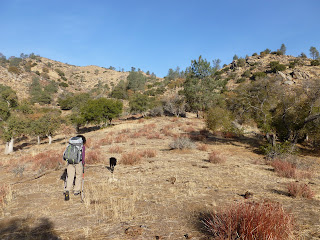 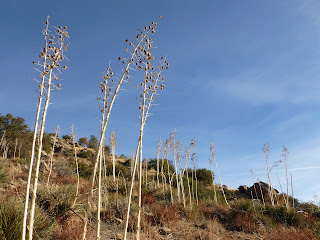 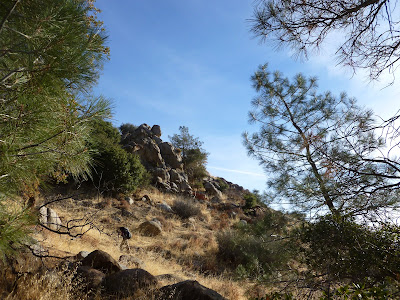 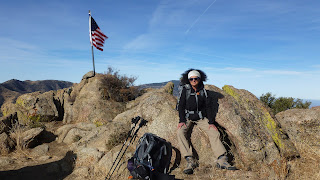 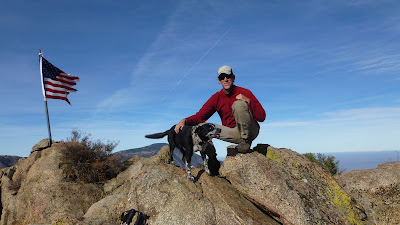 The ascent gains about 1,500 ft. overall, most of it on the continuous ridge that drops down to the right of the summit.  The views are spectacular.  In the photo below, if you look closely, you'll see snow covered peaks in the distance--Mineral King, at over 13,000 ft.: 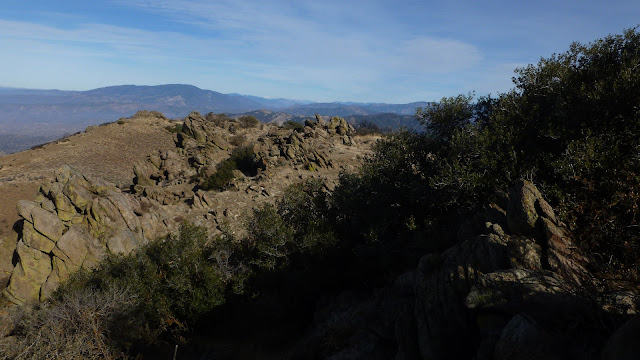 These hikes and the rock climbing that we pursue whenever possible have filled the void left by the end of The Tour, which lingers in our minds every day.  In my office, as I type these words, I often look over at the opposite wall to see a map of the United States that currently has the route of my 2007 cross country ride on it.  I'll be adding the Rocky Mountain tour soon.  Those states, the mountains and miles, the hard-won transits have left their mark.  I've begun work on my new book about the Rocky Mountain tour, so those experiences will live large for months to come.  While our histories are vital, enriching our lives and setting a course for the future, we must live in the present, pulling joy from each day.  Here's a parting shot from this morning's outing.  Django knows how to be in the moment. 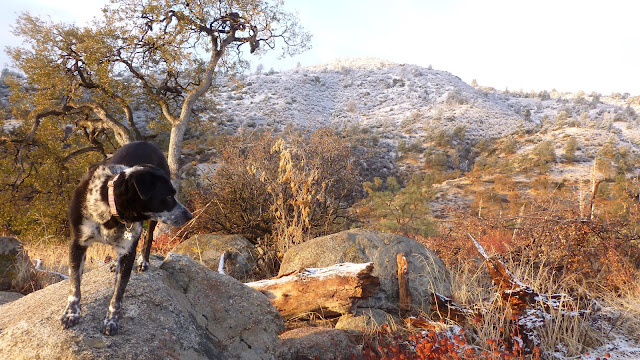 Posted by Scott Wayland at 8:37 AM