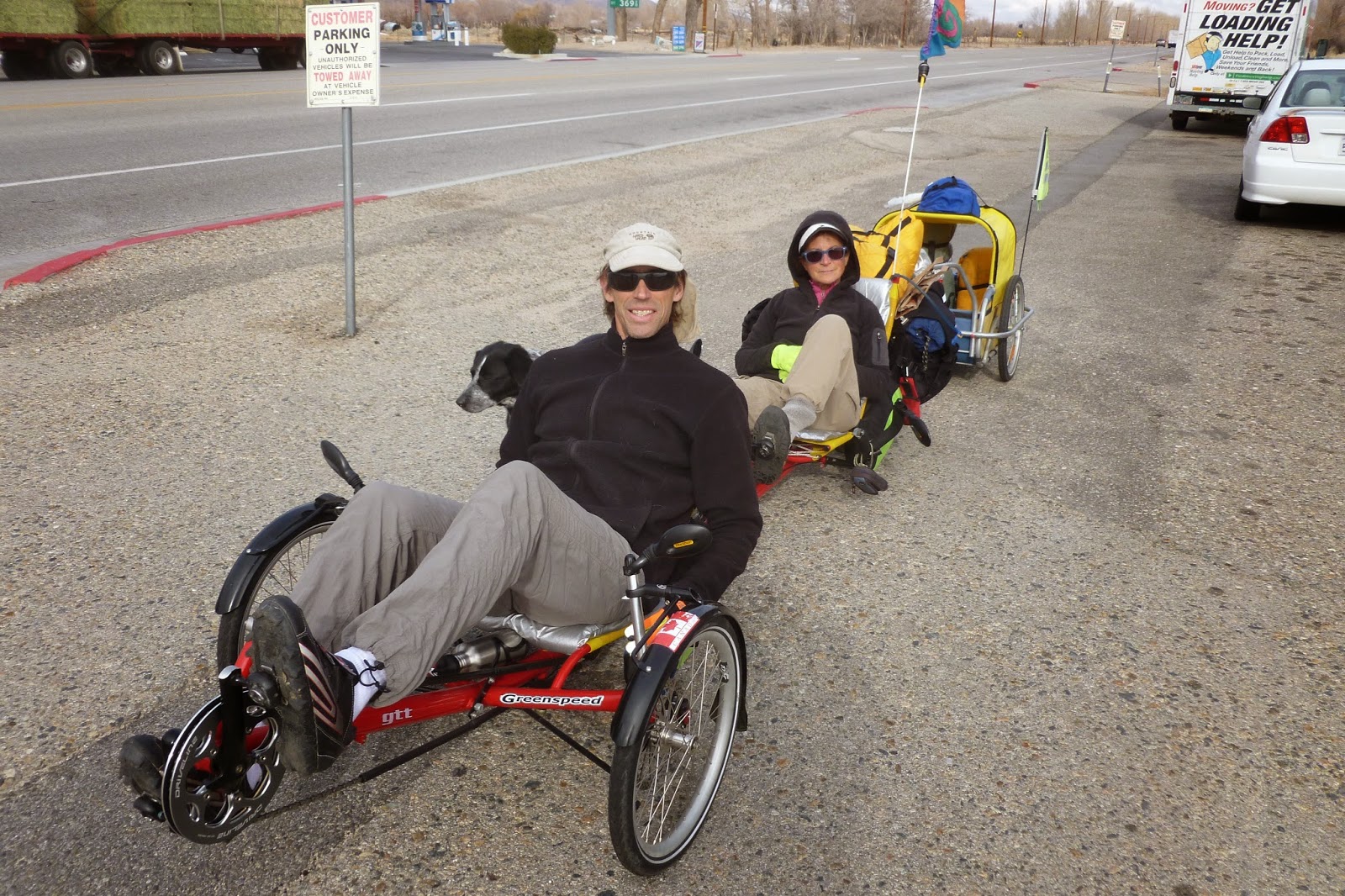 Cool, grey, cloudy, we dropped off the UHaul in Lone Pine and got to spinning by 10:30AM.  The first 20 miles unfurled smooth and fast, a few gentle rollers to spark the quads.  Django was in a virtual panic to get out and run, whining like crazy when he had to ride in the trailer, which was a lot for the first half of the ride.  Quickly, the Sierras and the greater metropolis of Lone Pine fell into our rear view mirrors as Jodi and I settled into a quick cadence, eating up scenery and miles.  We rounded the mostly dry Owens Lake, ate lunch at the base of the climb, and finally got down to business.

Slow and steady wins the day in this loaded touring game.  It felt good to climb, gear down and watch the mountains in their grim winter cloak.  Django's enthusiasm never waned.  He trotted firm against the tether, gunning for glory, bug-eyed, panting, on point, his mission clear: Hike this mountain!

Not long before camp, two women in a small sedan coming down the hill slowed to give us a look.  The driver gave us such an expression that Jodi and I laughed for the next ten minutes.  It was as if the driver had seen creatures with three heads and tentacles--priceless.

We could have pushed for Panamint Springs, but these winter days start to wane by 3PM.  We spotted a good dirt road and took our opportunity.  A little slipping and sliding and scouting, we had our camp, a cold heavy sky pressing down.  Down jackets on, pitch camp, refuge in the tent.  We wondered if the rain would come as forecast, the cloudy day never climbing out of the 40's.  We chowed down on leftovers and a good red wine.  Tomorrow, Panamint Springs. 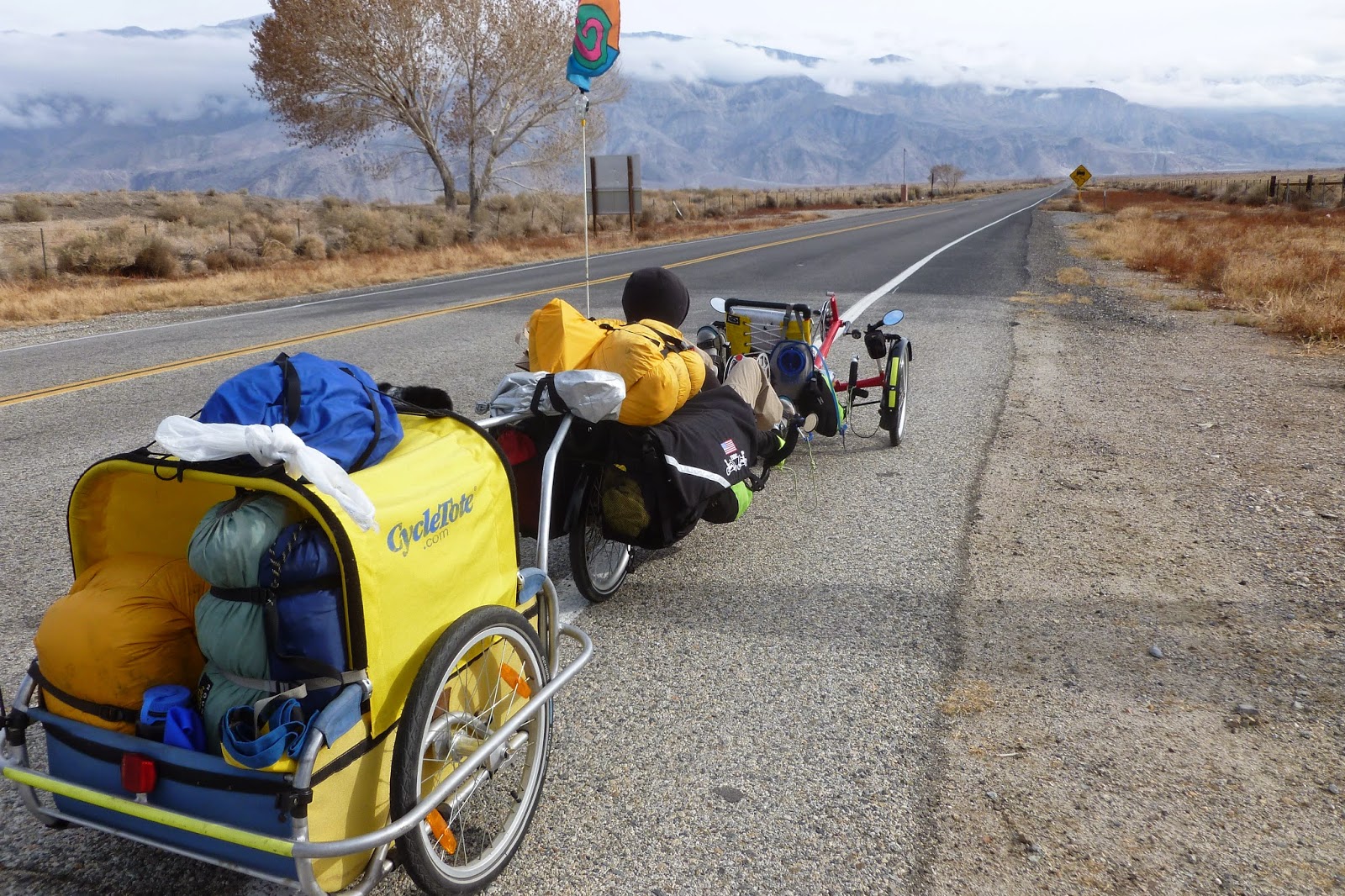 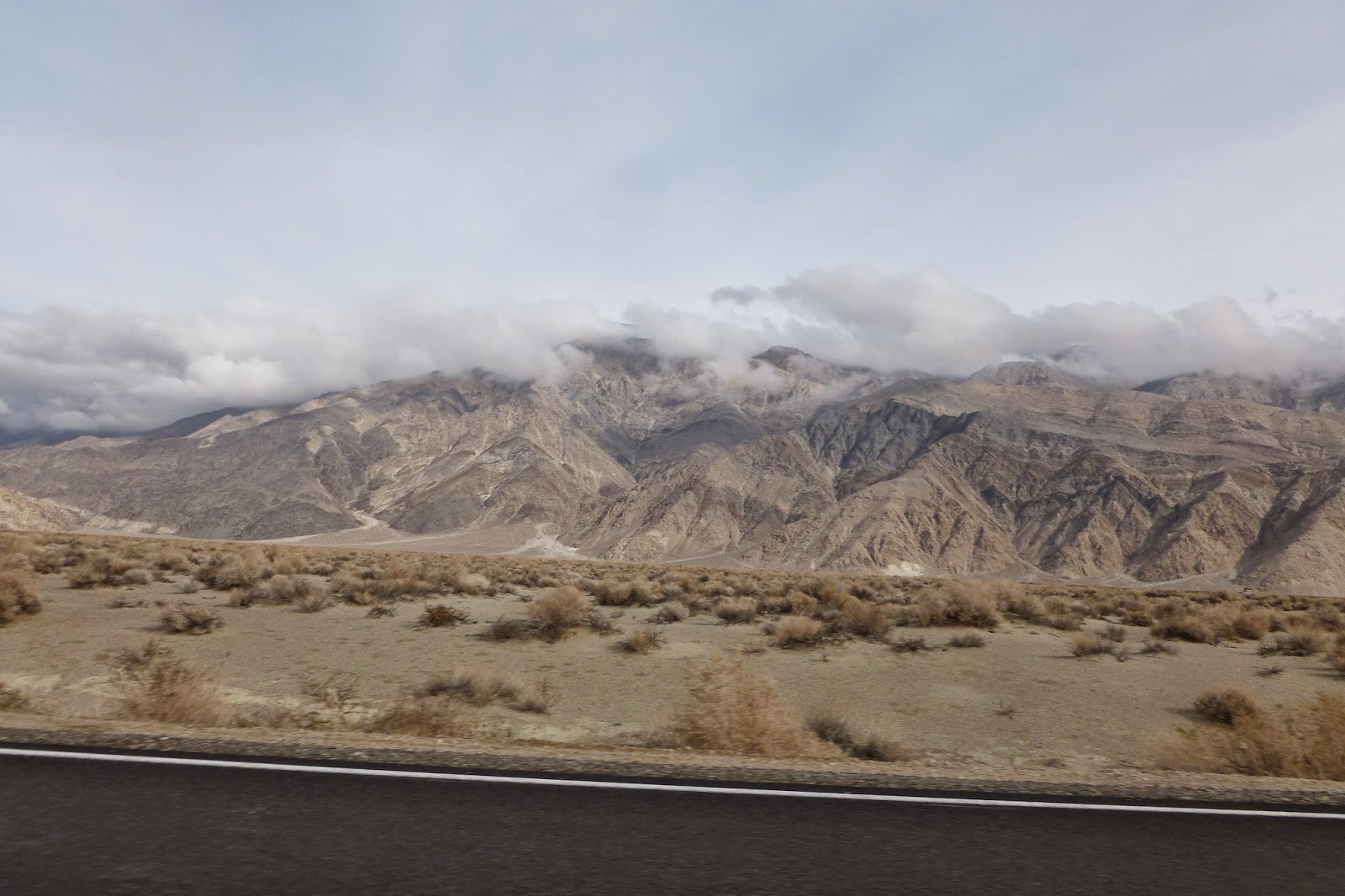 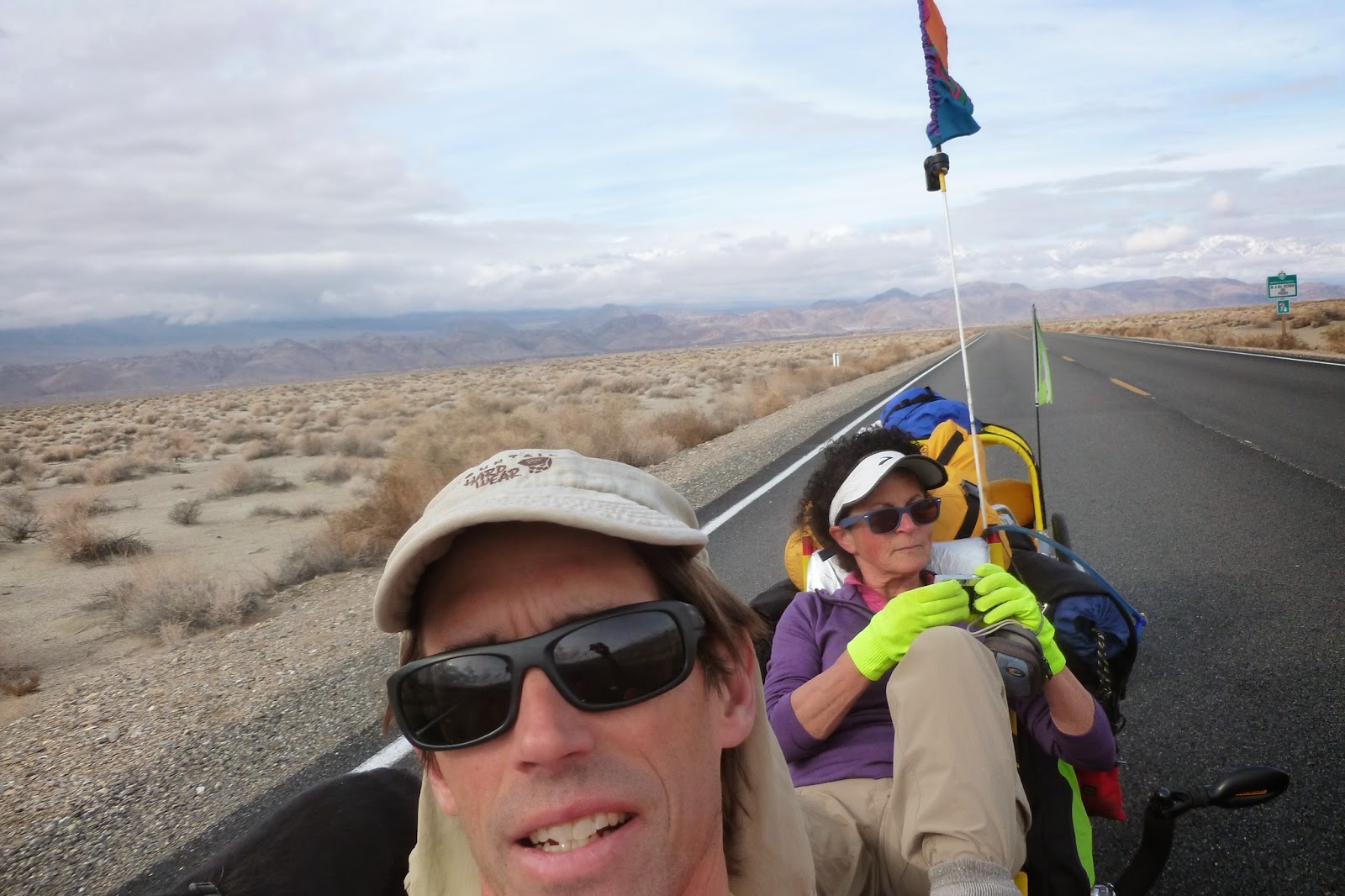 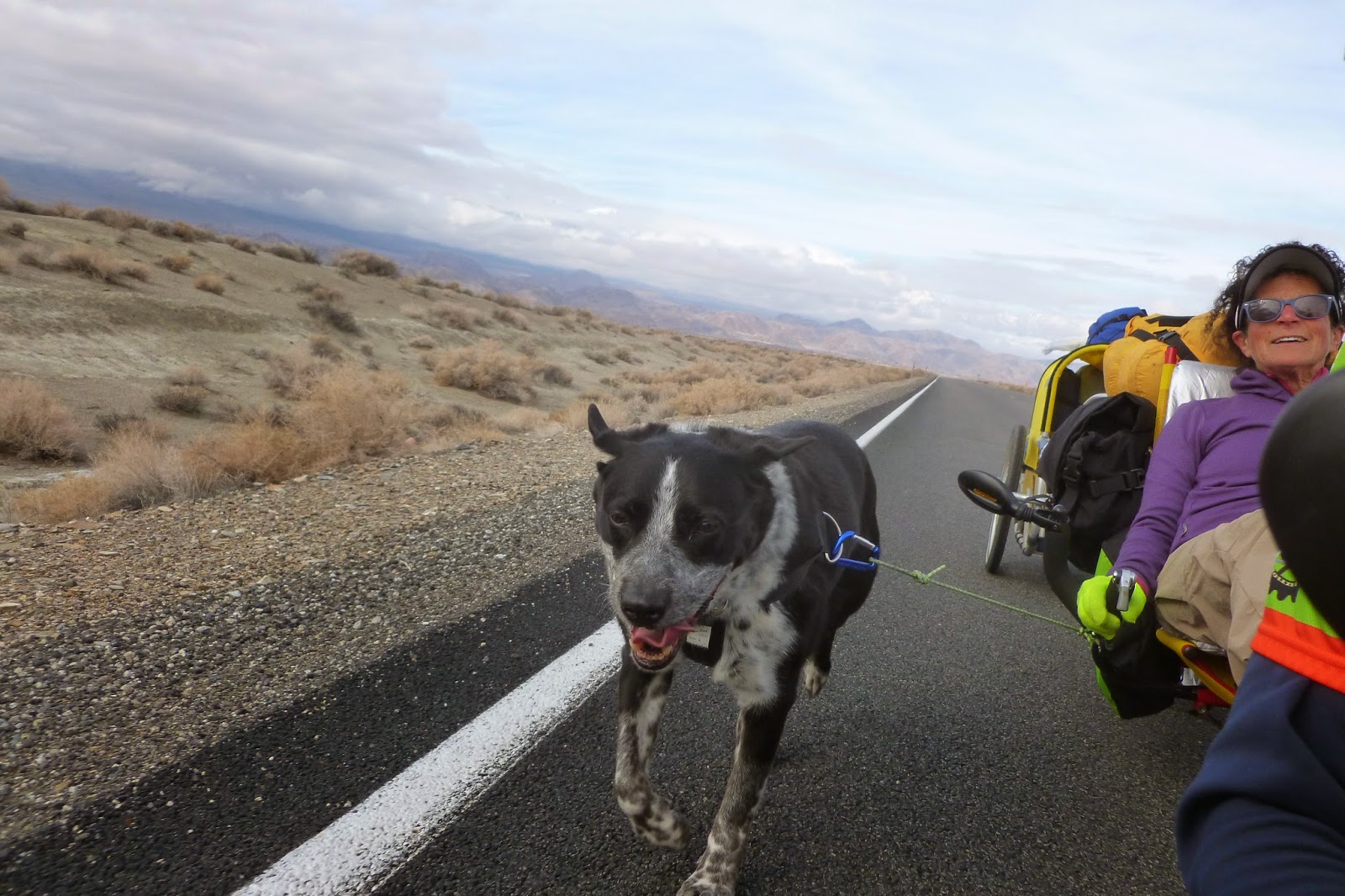 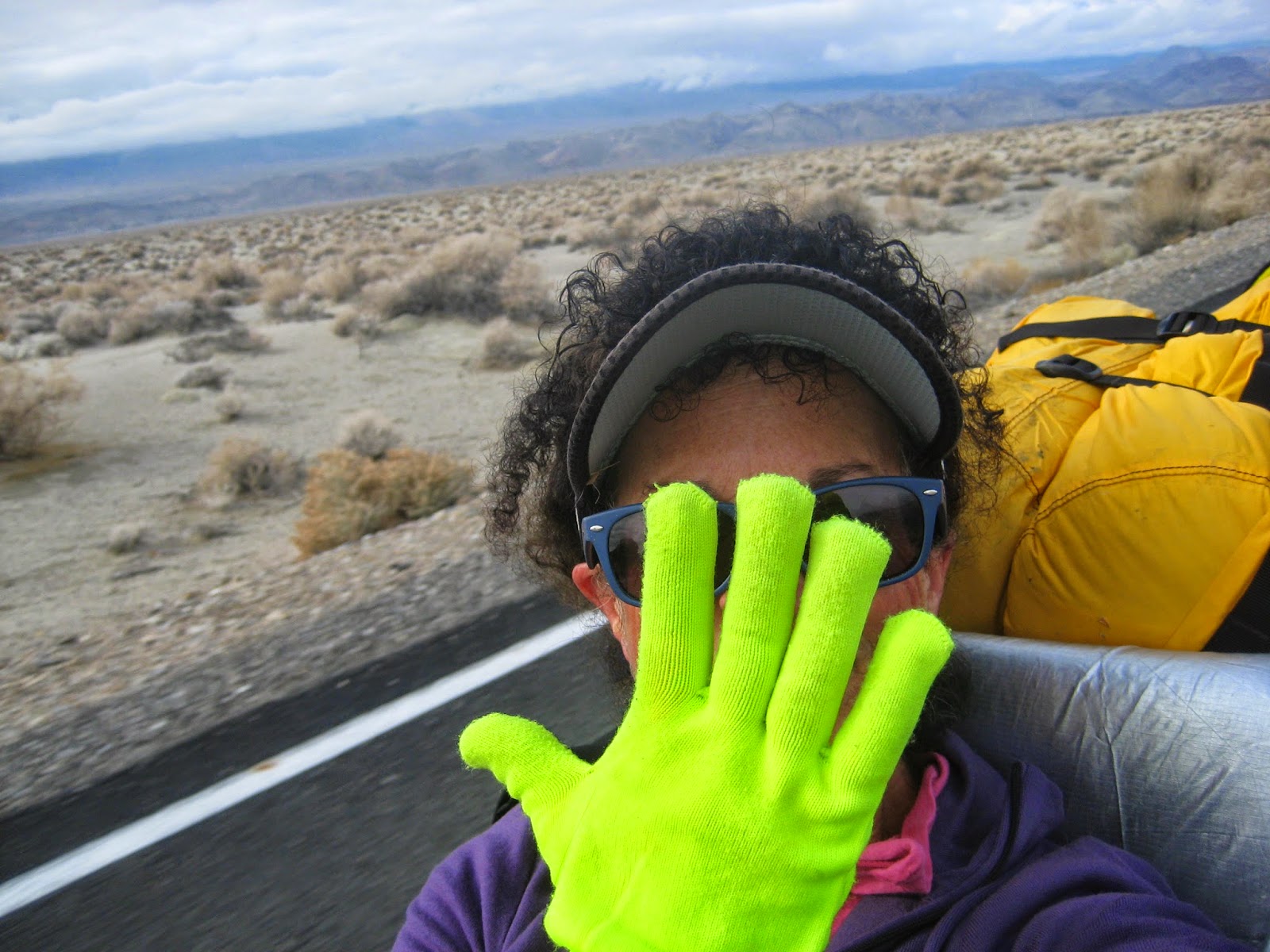 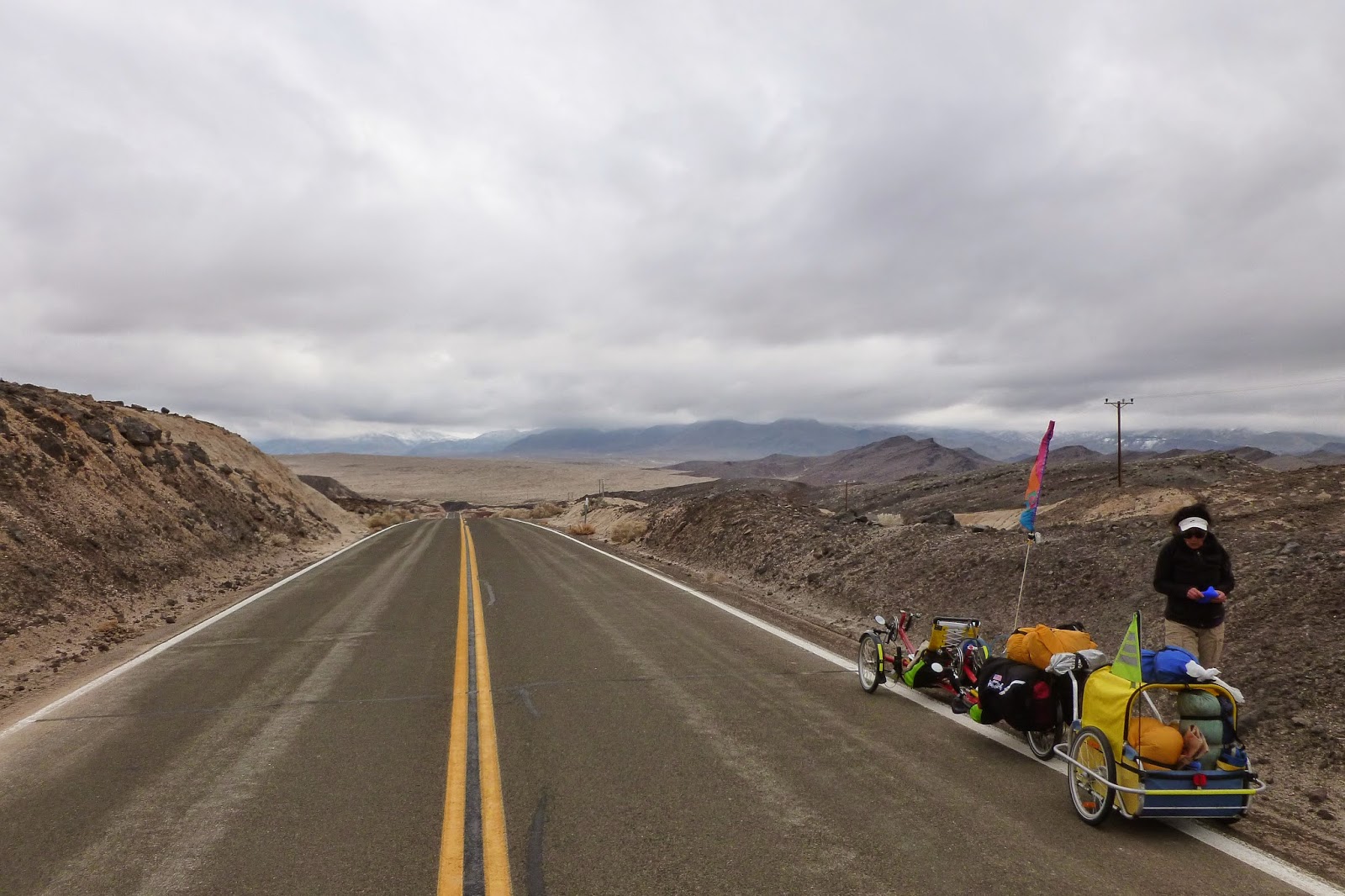 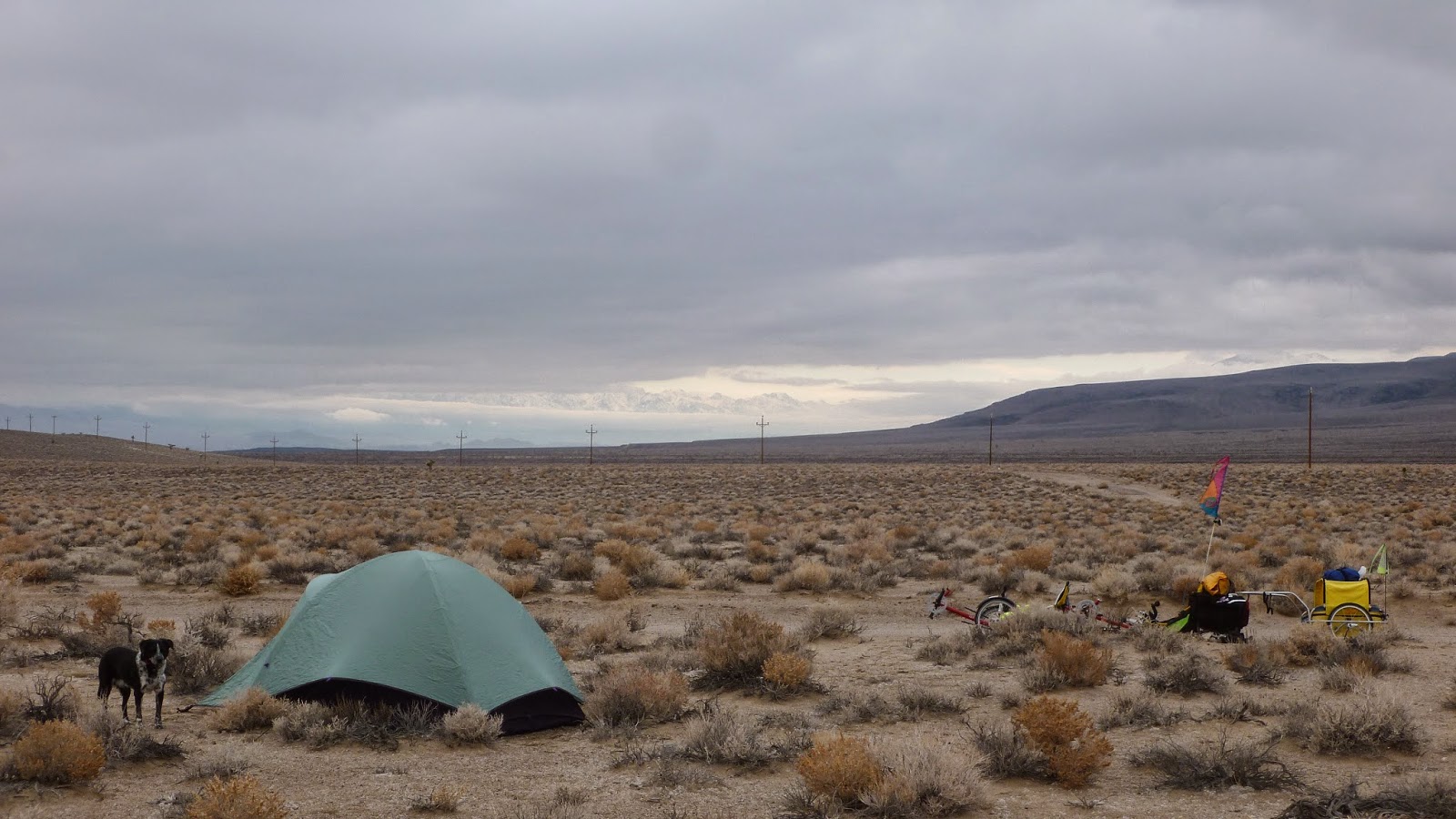 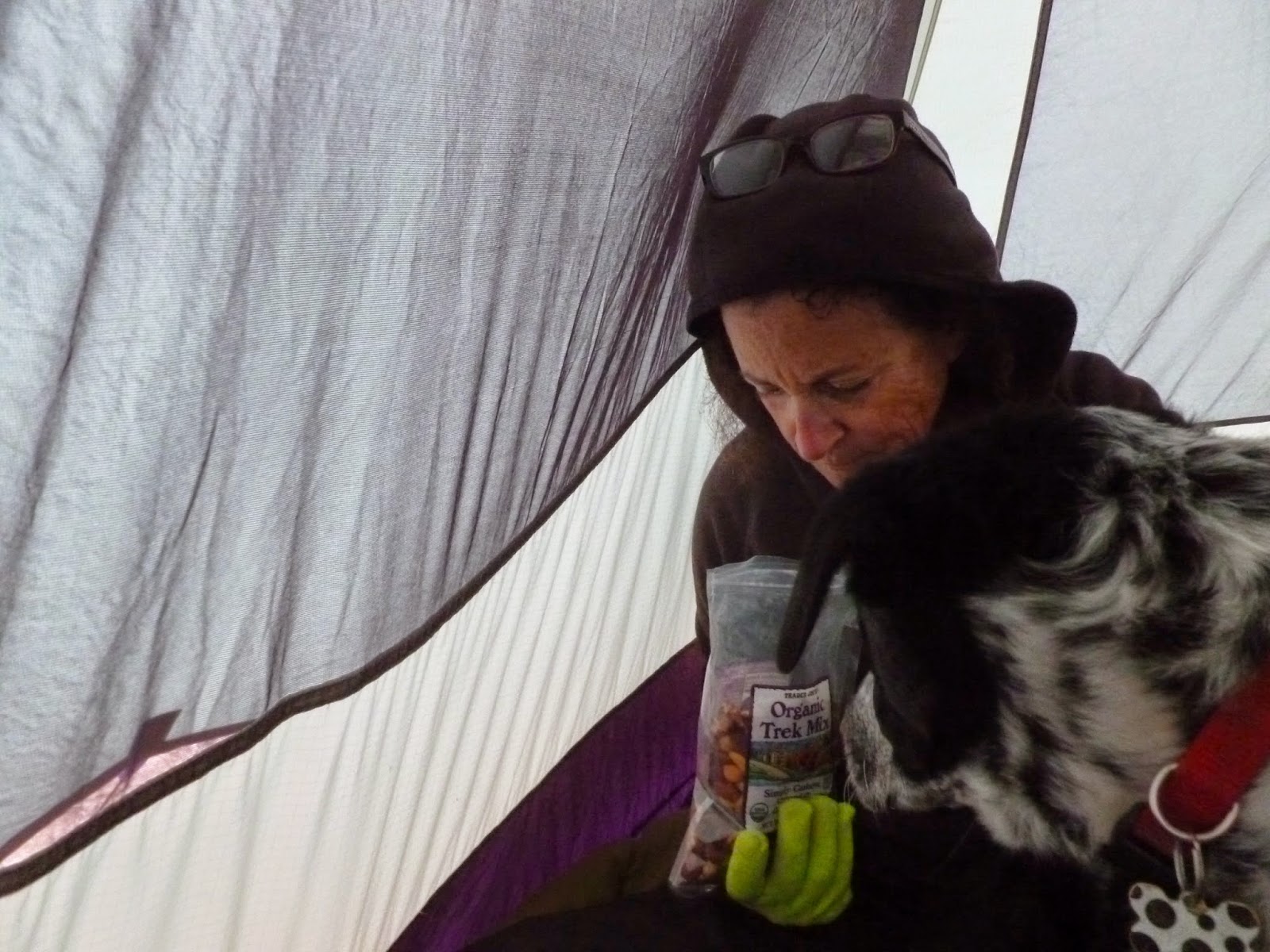